When it comes to attracting new residents hoping to strike their fortune, Seattle still has “it.” 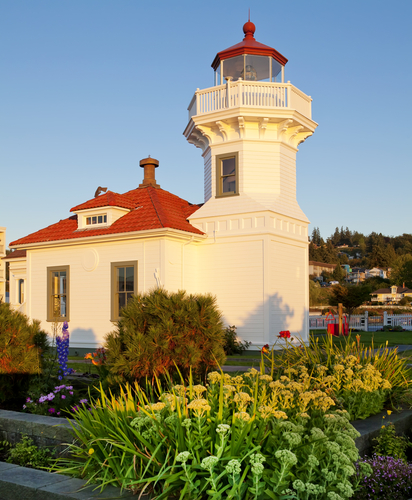 According to the Northwest Multiple Listing Service, n August, home values in King County, which is home to Seattle, made their highest leap since the real estate bubble burst in 2007.

Many attribute the region’s real estate recovery to its natural beauty and growing tech industry. Seattle is expected to see jobs increase by 1.2 percent in 2013.

Nationwide, home prices rose 9.7 percent in January 2013 over the same time the previous year. The figure includes distressed sales and marks the 11th consecutive increase in national home prices and the biggest increase since April 2006, according to CoreLogic, an Irvine, Calif.-based residential housing information provider.

“With these gains, the housing market is poised to enter the spring selling season on sound footing,” CoreLogic chief economist Mark Fleming said in a press release.

Meanwhile, the Urban Land Institute recently placed Seattle on its list of best overall real estate markets in 2013. Local real estate agents and brokers attribute the ranking to a variety of factors, including the following:

The non-distressed median price for a King County single family home was $427,850 in February. That figure was up nearly 11 percent from the previous year, and up 7 percent from January.

As for the area’s distressed properties, the bank-owned median sale price in King County was at $195,000 in February, up 2.7 percent from the same time the previous year.

A total of 3,102 new and resale houses and condos closed escrow during January in the Seattle Tacoma-Bellevue metro area encompassing King, Snohomish and Pierce counties. January’s total sales fell 26.0 percent from the month before and increased 25.1 percent from a year earlier, according to San Diego-based DataQuick. The firm tracks real estate trends nationally via public property records.

A dip in sales between December and January is normal, with that decline averaging 25.6 percent since 1994, when DataQuick’s complete Seattle-area statistics begin.

At the moment, Seattle is experiencing a housing inventory shortage, with 31 percent fewer homes for sale in March 2013 than in March 2012.

Most area real estate professionals say this is owing to the fact that the majority of homeowners would prefer not to sell their houses at the bottom of the market. However, typically Seattle sees more properties listed in the spring and summer.

The release went on: “Low supply and high demand continue to drive our market,” said Northwest MLS director John Deely. He said multiple offers are the “rule rather than the exception” for new listings in core urban areas that are priced well. Deely, the principal managing broker at Coldwell Banker Bain in Seattle, noted a new listing in North Seattle recently drew 12 offers and the property was bid almost 10 percent above its listing price.

O.B. Jacobi, a member of the MLS board of directors and president of Windermere Real Estate Company, said supply is at its lowest level since May 2005 during the peak of the housing boom. “The impact of low inventory levels is stiff competition among buyers, often resulting in homes selling for well over asking price,” he said.

J. Lennox Scott, chairman and CEO of John L. Scott, Inc., attributes surging sales and prices to several factors, including positive job growth, historically low interest rates and fewer homes being listed. “This restriction of homes for sale is prevalent in the price ranges where more than 90 percent of activity is taking place, causing prices to rise,” he said.

“If you’re selling one house just to move up to another, it does you no good to wait for prices to rise — the price of the move-up home will increase faster than the price of the place you’re leaving behind,” said Redfin CEO Glenn Kelman. “But waiting until interest rates rise is what can really cost move-up buyers, because most economists believe that rates at some point will go back to historical norms, well above 5 percent. This means that most move-up buyers are likely to be trading in a low-interest loan on the old place for a higher-interest loan on the new one. In this scenario, the only winner is the lender.”

The Mortgage Bankers Association expects rates to rise to 4.4 during the next 12 months. Over a longer period, they are likely to be even higher, considering a 20-year average of about 6.5 percent.