Expect to hear more sounds of new construction in Maryland in coming months. 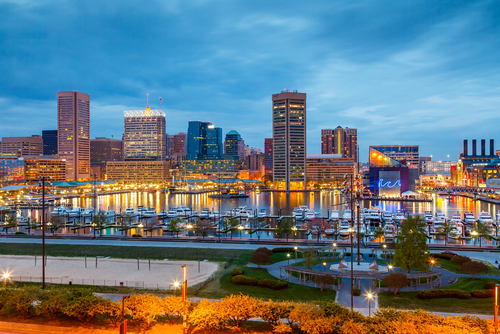 A recent report by Metrostudy, a national housing data and consulting firm, indicates there will likely be increases in new house construction in the near future.

Much of the reason for that is rebounding employment. “The Baltimore MSA (metropolitan statistical area) saw some improvement to job growth, adding 6,800 jobs over the same time period,” said Melissa Jonas, regional director of Metrostudy’s Mid-Atlantic division. The unemployment rates in both the DC area and Baltimore continue to be below the national average of 8.1 percent, coming in at 5.5 percent and 7.7 percent, respectively. Baltimore has edged nearer to the national average in recent months

“New housing production has picked up very slightly over the past year, with the 3Q12 starts up 20% over 3Q11,” said Jonas. The market is adding 7,600 units per year, continuing a four-quarter trend of increased production, she noted. Closings in the third quarter are up 3 percent versus the previous year, marking the fourth quarter in a row with a slight increase in closings.

According to the Daily Record, “the Maryland Department of Housing and Community Development said its latest housing data find the January inventory of homes for sale in Maryland dropped to the lowest volume since August 2005. In Maryland Housing Beat, the department’s housing blog, the agency said the drop in inventory ‘was another indication that Maryland’s housing market is getting stronger since low inventory helps keep demand high. January home sales posted the highest volume in five years and median prices were up by more than 12 percent over last year.’ Also, the January Housing Affordability Index registered one of the highest readings in 13 years. The index measures whether a typical family earns enough to qualify for a mortgage loan on a typical home.”

The Baltimore Business Journal reported on March 15 2013 (“Real estate agents optimistic about Baltimore, but worry about inventory”) that area real estate professionals are noting “incredible buyer demand” but that low inventory “has made it hard for some buyers to find or write an offer on anything.”

The article cited a Credit Suisse report issued in early March. The article reads in part, “the report’s conclusions are consistent with a March 15 Business Journal story that found bidding wars are making a comeback in Baltimore. Credit Suisse surveyed 43 housing markets. According to the report, February buyer traffic was at its highest level since August, beating expectations.”

The Baltimore Sun published an article with similar conclusions (“Baltimore-area homes listed and sold in matter of hours”) on March 21. “In the past five months, nearly 100 homes in metro Baltimore went under contract in 24 hours or less, according to data compiled by real estate brokerage Redfin,” reads the article.

“‘The inventory shortage plaguing real estate markets across the country, paired with extremely high homebuyer demand have caused the pace of the market to accelerate dramatically,’ the firm said in a statement. ‘Already frustrated homebuyers are finding it necessary to move very quickly to keep up with their market’s selling velocity.’”

Nationwide, Baltimore ranks 12th for the number of homes sold on their first day on the market during the respective five-month period, according to Redfin.

The Baltimore Business Journal echoed the low inventory report in a March 18 article (“Greater Baltimore homes among fastest-selling in the U.S.”). “The most recent trend to emerge in the residential real estate market has been inventory shortage, and ‘paired with extremely high homebuyer demand,’ the trend has ‘caused the pace of the market to accelerate dramatically,’ according to Redfin. The company added that ‘already frustrated homebuyers are finding it necessary to move very quickly to keep up with their market’s selling velocity.’”

Howard County, Maryland, may be boast one of the highest median incomes in Maryland as well as the U.S. in general, but it is also a prime location for affordable real estate, according to a March 26 Patch.com article (“Opportunities exist for affordable housing in Howard County”). The article reads, “what the Howard County Housing Authority wants the public to know is there are affordable options for middle income families.”

The article quotes HCHA Director Tom Carbo saying that despite high incomes among most Howard County residents, “we did want to get the word out that there’s still affordability to be found in the county. We also have programs to assist people and making housing affordable.”

The housing authority will hold its seventh annual housing fair on April 13 in part to offer information on housing options as well as to draw names in a lottery allowing two pre-approved applicants the option to purchase homes in either Ellicott City or Elkridge at discounted prices.

Virginia-based real estate company Long & Foster recently released data indicating that, between February 2012 and February 2013, median home sale prices are up in many Maryland counties, including Montgomery and Prince George’s, while inventories are significantly down.

The pace of homes being listed and being sold has also picked up over the past 12 months, with the average Prince George’s house staying on the market for 54 days, and 51 days in Montgomery County.

Sale prices are also high compared to the asking price. In Prince George’s County, sales prices were 99 percent of the list price and nearly 98 percent  in Montgomery County.

Jeffrey S. Detwiler, president and chief operating officer of the Long & Foster Companies said the numbers are “all great signs for a suburban Maryland-area residential real estate market that is in full recovery mode.”

Where distressed properties are concerned, short sales appear to be the new trend in Maryland. In March, Maryland’s WTOP Radio reported that as of early 2013, “foreclosure sales were down 44 percent in Maryland from previous years, while short sales made up 28 percent of all home sales in Maryland.”