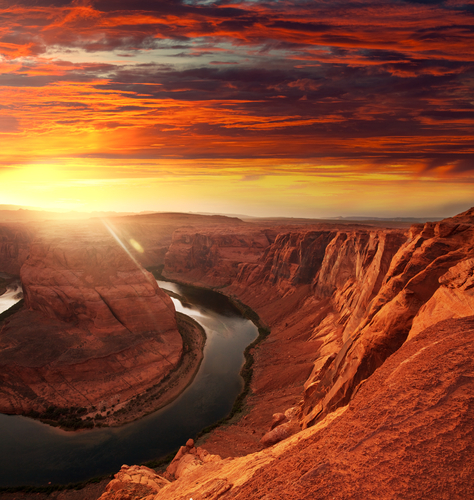 Utah may be on the verge of a housing market resurgence.

“Home prices are expected to build during the next two years, increasing slowly in the first half of the year and accelerating during the second half of 2013 and into 2014, according to an analysis of indexes from Fiserv Case-Shiller, which measures the average change in home prices in particular geographic markets,” according to an article (“Utah housing sector expected to improve over the next two years,” Jan. 5, 2013) in the Deseret News. “Its indexes, which measure sales on single-family properties, predict that Utah home prices will increase nearly 7 percent from mid-2013 through the second quarter of 2014, David Stiff, chief economist for Fiserv Case-Shiller, said.”

“‘The real estate market in the spring and summer of 2012 was the strongest since the peak of the bubble,’ Stiff said. ‘There is now strong evidence for a slow, sustainable recovery on both the supply side and the demand side.’

“Stiff said the housing market recovery will likely continue during the second half of 2013. ‘There has been a transition recently from a market that is dominated by foreclosure sales to a market where the majority of sales are traditional,’ he said. ‘The consequence of that is a big jump in prices because you don’t have foreclosed properties putting downward pressure on prices.’”

The article offered the following predictions from real estate experts:

• The National Association of Realtors is predicting an average rate of 4 percent on 30-year fixed-rate mortgages with a 5 percent increase in prices. Some areas of Utah may be far less, however.

“Like always, national statistics don’t tell the full story,” said a Freddie Mac representative. “Some regions will post faster house price gains, while some will be stagnant or see value loss in 2013.”

• As for Utah and its metro areas, housing prices have likely seen their bottom levels in 2012. “We hit the trough in January of 2012,” said Cal Musselman, president of the Utah Association of Realtors. “We’ve had eight months in a row of increased equity.” He also noted that sales have increased for 18 consecutive months in Utah, signaling growing stability in the state’s housing market. Currently, the market has an estimated 5.7 months of available inventory for sale — another indicator of market strength. Six months of inventory is considered “the definitive line between a buyers’ market and a sellers’ market,” Musselman explained. He said conditions are currently very favorable for a significant improvement in the area housing market. “We think we’ll see more people entering the market,” he said.

Where commercial real estate is concerned, Salt Lake City is about to see the makeover of a major downtown mall, that many hope will infuse the city’s commercial core with new energy.

“The Gateway is endeavoring to remake itself, starting with a $2 million renovation,” according to an article (“Salt Lake City’s Gateway launches $2 million renovation,” March 18, 2013) in the Salt Lake Tribune. “This comes as the one-year anniversary approaches for the opening of nearby City Creek Center, which during the past 12 months has landed more than a dozen high-profile retail tenants that used to call The Gateway home.

“The renovation project is focusing on ambiance and on the 12-year-old Gateway becoming more of a community gathering spot, said General Manager Scott Bennett.

“By early summer, shoppers will see more shaded seating areas, surrounded by flowering plants. More than 220 seats will be added to nearly 150 existing spots designed to allow shoppers to rest and relax. In colder months, the areas will be warmed by fire pits.

“’The downtown will continue to thrive,’ Bennett said of the two malls operating within several blocks of each other. ‘Here, we’ll be the shopping, dining and entertainment district.’

“Can the two coexist? ‘Without hesitation, absolutely,’ said Brandon Fugal, executive vice president with Coldwell Banker Commercial. ‘With the renovation, The Gateway will be well-positioned to succeed.’

“He echoed others in saying that The Gateway’s high concentration of restaurants complements its entertainment focus, which differentiates it from City Creek Center.

The Gateway, which opened in 2001, was hit with the unfortunate timing of having a several 10-year leases come up for renewal this year and last, making it convenient for some retailers that joined the mall early on to jump to City Creek Center without any penalties.

“The mall retained the vast majority of its tenants and has since gained nine new merchants, while two others have expanded. The open-air shopping center still has distinctive attractions, such as Megaplex movie theaters, Discovery Gateway Children’s Museum, Clark Planetarium and recently, the Urban Arts Gallery showing contemporary local art.

“As part of its remake, The Gateway will emphasize features that City Creek Center doesn’t offer, such as Sunday shopping, entertainment and alcohol served at a wider variety of restaurants.

“In all, The Gateway has more than 100 stores, including 14 restaurants. But plenty of empty storefronts dot the landscape, and its once-bustling food court is a shadow of it former self.

As part of the renovation project, the grand hall in the railroad depot has been repainted, and the outside fountains have been upgraded, including the addition of new songs for water shows.

“There also are plans to repair deteriorating concrete. In the parking areas, brighter, more efficient lighting has been installed.”