Little by little even the worst U.S. housing markets forecast for the year are getting better. The hardest hit 25 cities projected by Housing 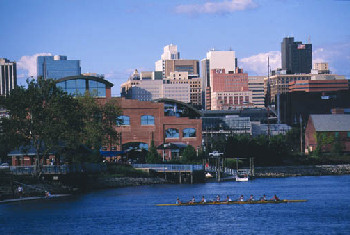 Predictor in 2012 have had some major changes, including the elimination of Las Vegas, Nevada as Sin City makes its way back from the worst real estate crash in the nation’s history.

Home sales have been soaring in Las Vegas for six months and home prices are on their way up in many areas, despite a record volume of defaults and a back-log of homes in the foreclosure pipeline. A new state law that made it a felony to foreclose on a home in Nevada without supplying the proof of title at the time a foreclosure is filed by bankers has slowed the foreclosure process.

A combination of bargain hungry cash fisted investors and the slowdown in foreclosures, with an increase in bank assisted short sales has transformed the real estate market and taken it off the worst 25 list for the year. Home values are now forecast to appreciate in all Nevada cities projected by Housing Predictor by the end of the year.

Hard hit Wilmington, Delaware with one of the highest unemployment rates in the nation takes over the top spot, followed by two Hawaii resort cities. A large number of states located in the South and Eastern corridor cities make up most of the rest of the list.