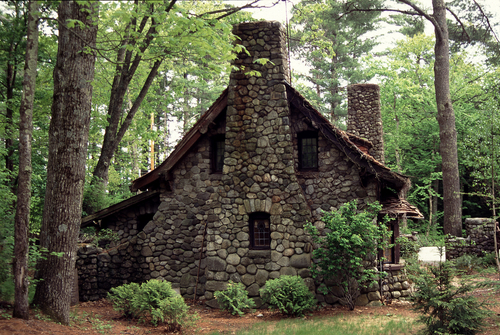 “My predictions for Dover, N.H. real estate in 2013 is going to be on the cautious side,” said Dover Realtor Marty Patrizi. “Given the inventory issue, I’ll predict that home sales will stay steady in terms of units and may even dip a little.  Home values will continue to elevate because of less inventory.  As long as mortgage rates stay low we’ll see a good market.”

According to an article in the Rochester Times (“Local real estate recovering continues,” Feb. 28, 2013), the newspaper reviewed real estate numbers in Strafford County for 2012 and was “able to report  that the tide had turned, and that after six years of decline from the 2005 peak, activity, as measured by deeds and mortgages, had picked up.”

The article cites information provided by the New Hampshire Association of Realtors showing that in January of 2013, the median sale price for a home in Strafford County was $185,000,up $24,000 or 14.9 percent, from January, 2012.

The association´s figures also indicated the number of Strafford County homes sold in January was 81, up from 60 in January 2012, a jump of 35 percent.

According to the Rochester Times article, ¨unit sales in January increased in nine of the state’s 10 counties, with Strafford County’s increase being above the state average of 21.2 percent. The median sale price, however, fell over the year, in six out of 10 counties, and along with the northern counties of Coos and Grafton, only Strafford showed a significant increase. The average change, across the state, was a 2.7 percent drop in price. As the chart shows, the neighboring counties of Rockingham and Belknap, showed price drops and Carroll County was only up marginally.

“‘As we said throughout the upturn in 2012, steady gains are part of a process, and while the news is certainly encouraging, we envision this as a slow, deliberate recovery,’ said 2013 NHAR President Bill Weidacher, a 30-year veteran of the real estate industry and a managing broker at Keller Williams Metropolitan Realty in Bedford. ´We’re not looking at the skyrocketing market of the early 2000s, when we saw over 100 percent appreciation in seven years, nor would we want to,´ Weidacher said. ´A healthy market is based on sustainable growth, not a manic boom.´¨

A decrease in housing inventory has begun to balance the market, Weidacher told the Rochester Times, adding that numbers for December and January showed the least number of available housing units since the association began keeping track in 2006.

Meanwhile, a new statewide program might further stimulate the real estate market. New Hampshire homebuyers looking for an extra tax break are in luck—New Hampshire Housing has launched a new program designed to save first-time homebuyers up to $2,000 a year on their federal income taxes, making homeownership more affordable for low- to moderate-income buyers in the Granite State.

The new Home Start Homebuyer Tax Credit Program allows eligible first-time homebuyers throughout the state, and existing owners purchasing homes in certain areas, to turn a percentage of the mortgage interest they pay into a dollar-for-dollar tax credit against their federal income tax liability for the life of the mortgage loan. Participants also may be eligible to take a federal deduction on the remainder of their mortgage interest paid in addition to the maximum $2,000 Homebuyer Tax Credit.

Unlike the federal government’s first-time buyer tax credits, which was created as part of the economic stimulus package several years ago and provided new buyers with a one-time boost of $7,500-8,000, the Home Start Homebuyer Tax Credit Program allows participants to save more by giving them the opportunity to claim a tax credit for as much as $2,000 each year for as long as they have their original mortgage, are still paying mortgage interest, and use the home as their primary residence. Program participants also don’t have to wait for a federal tax refund check to realize their tax credit benefit; instead, they can adjust their tax withholdings so they receive more take home pay each month. They may then choose to use that extra money each month to help make mortgage payments.

The Homebuyer Tax Credit can be combined with New Hampshire Housing’s mortgage programs, which offer additional benefits such as cash assistance for downpayment and closing costs, and free homebuyer education.

“Having programs like New Hampshire Housing’s Homebuyer Tax Credit helps reduce affordability barriers for first-time homebuyers,” said Maureen Lemay, Senior Vice President of Regency Mortgage Corporation in Hooksett. “By having up to $2,000 a year to put back into their pockets over the life of their mortgage loan, first-time buyers will be able to better afford the continuing costs of homeownership. If you combine the new Homebuyer Tax Credit with today’s low interest rates, and New Hampshire Housing’s downpayment assistance program, it is a win-win for most first-time homebuyers.”