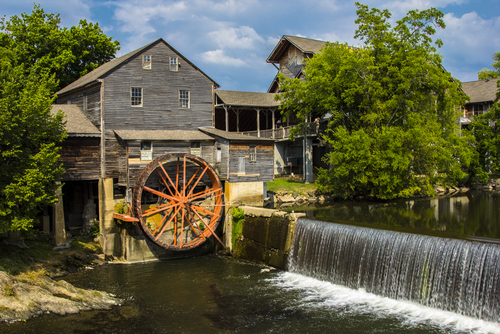 However, the housing market will likely trail behind other economic sectors in overall improvement, noted Jolly. “The devalued dollar has made our goods more competitive overseas so our exports are up,” he wrote. “The low interest rates have also sparked an increase in business investment. These are some of the hottest areas of our economy.

What could derail the housing recovery? The first possibility is interest rates. We are at record lows for interest rates. They have nowhere to go but up when the economy kicks into gear. Many experts expect interest rates to be close to 5 percent at the end of 2013.”

According to Tennessee Realtors Lucy and Bill Rudolph, recent real estate statistics bode well for the state. The two wrote the following in January for Realty Times: “There were 2,147 closings during the month of December, according to figures provided by the Greater Nashville Association of REALTORS. This is a 21.1 percent increase from the 1,773 closings reported for the same period in 2011.

“Final numbers for 2012 show there were 26,097 homes sold in the region, according to figures provided by the Greater Nashville Association of REALTORS. Compared to the prior year, the final figures are up 26.5 percent. There were 20,624 closings in 2011. … All nine counties in our primary service area experienced significant increases in home sales, with many of them exceeding 20 percent for the year. And, modest increases in residential median prices were a clear trend throughout the region.”

“The Greater Nashville and Middle Tennessee real estate market is showing healthy signs of recovery, something our region shouldn’t take for granted,” said Greater Nashville Association of Realtors President Price Lechleiter in a press release issued in December. “The same growth is not necessarily being experienced in other parts of the state and nation. Our diverse economy, progressive local and regional leadership and even the TV show, ‘Nashville’ highlight our city and create a positive spirit and outlook. That results in both businesses and families being attracted here.”

In the meantime, Memphis is recovering economically, but at a slower rate than Nashville. According to an article in the Memphis Daily News (“Urban Land Institute: Memphis Recovering Slowly, Behind Nashville,” Dec. 6, 2012), that was the message conveyed by the Urban Land Institute during a Dec. 4 address titled “2013 Real Estate Outlook for the Mid-South.”

While unemployment rates in Memphis have begun to dip, the city is still down 45,000 jobs from peak, pre-recession levels. The article reads in part, “‘we haven’t seen rebound in our economy that would cause us to stand up and cheer,’ said Dr. John Gnuschke, director of the Sparks Bureau of Business and Economic Research and co-director of the Center for Real Estate at the University of Memphis. ‘Memphis is a slow-growth market and we haven’t prospered as quickly or recovered as quickly as Nashville has.’

“But Gnuschke touted the fact that Memphis was named among the world’s Top 20 must see places in 2013 by National Geographic, released last week. He said it speaks to how the city needs to look outside the Mid-South to find people who think the Memphis market is a great one.

‘When I watch Home and Garden, I see the price of houses in Toronto – they’re terrible. The price is high, housing quality is low,’ Gnuschke said. ‘But when you compare it to Memphis, the housing stock here is incredible. The prices are low and we need to market that housing stock across the country.’”

In March, Forbes named Memphis one of its top 15 cities with emerging downtowns. It included the city for its redevelopment of the formerly shuttered Pyramid Arena into Bass Pro Shops and the old Chisca Hotel into residential apartments.  The magazine also pointed out that more than 90 percent of downtown Memphis housing is occupied.

WREG Memphis quoted Paul Morris, President of Downtown Memphis Commission in a March 28 report (“Forbes Lists Memphis Among Top 15 ‘Emerging Downtowns’”) saying, “‘The fact is we still have a long way to go, too many blighted buildings,” he said. “We need  lot more people downtown to make it what it should be as a downtown, but we have come so far since the 70′s, 80′s and early 90′s.’”

East Tennessee, including Morristown, is expected to improve through 2013, according to Rhonda Krenzer, RE/MAX Real Estate Ten principal broker, who said the region has long been attractive to new homebuyers and investors for many reasons, including the area’s numerous industries, comfortable climate and wide variety of recreational activities due to nearby mountains, lakes and rivers.

“The Lakeway Area Association of Realtors has increased real estate sales by 9 percent over 2011,” said Krenzer. “Fueled by an inventory of well-priced homes that are 25-30 percent below 2006 market prices and low interest rates of 2.75-3.75 percent, buyers who were sitting on the fence are now buying.”

This growth in the local area echoes promising national statistics on the housing market. The U.S. Census Bureau and the Department of Housing and Urban Development recently reported that the sales of new homes in the U.S. grew by 28.9 percent from in January 2013 over the same time the year before. Additionally, RealtyTrac reports that the number of U.S. foreclosure filings in January 2013 is down 28 percent from January 2012 – and that downward trend also is represented in the East Tennessee area.

“There are still a few foreclosures and short sales occurring in the Lakeway Area, but not as many as there were back in 2007-2009,” Krenzer continued. “Hopefully we are well on our way to a full recovery in the local, state and national housing markets.”