Ohio´s 2013 real estate outlook depends on the type of real estate being discussed, according to the Columbus chapter of the Urban Land Institute. 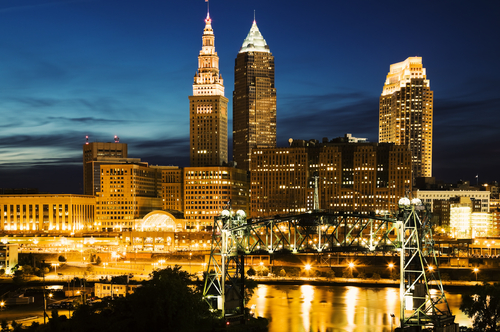 A recent report from the organization indicated that Central Ohio´s market should grow in general through 2013. However, “it varies by sector,” said Jung Kim, Programs Committee Co-Chair at ULI Columbus. “Multifamily, especially on the rental side, is going to continue to do well. Medical office is another area of opportunity. For most other sectors, it won’t be a great market, but there are opportunities and deals for smart businesses and investors.”

One clear trend on the demand side is the recent increased interest in urban living in Central Ohio. Findings in the report reinforce the idea that Millennials are looking to live closer to the urban core seeking amenities within walking distance from home. More than 5,000 new residential units have been announced or are currently under construction in the central part of Columbus, and few real estate leaders show strong concern about overbuilding.

“Some of the real estate experts we talked to believe that if you have good product in a good location, things will be fine,” said Kim. “It’s the marginal supply that will be affected most if there is a market correction.”

Of the eight real estate sectors detailed in the report, new commercial development has the lowest prospects for 2013. That means slow retail growth, mostly concentrated in existing areas that are already performing well. Survey respondents feel that community shopping centers are the strongest performers in the region, even more so that power centers or regional malls.

“A mall that fosters a strong social experience can be very successful,” added Kim. “This means restaurants and bars, movies and the arts, as well as investment and attention to detail in the streetscape and common areas. All these things can help distinguish bricks and mortar retail from shopping on the Internet.”

Most of the stronger communities within Central Ohio projected to perform well in 2013 ring the northern outerbelt, or are close to the core of the city. New Albany, Easton, Dublin, Polaris and Powell are near the top of the list, along with Downtown Columbus, Grandview Heights and Upper Arlington.

Survey respondents were also asked about up and coming areas, which strongly favored urban areas, including Downtown Columbus, East Franklinton, The University District and The Short North, as well as the Bridge Street Corridor area in Dublin.

“The top four up and coming areas are urban and number five on the list is striving for more urban, dense development to appeal to young professionals and entrepreneurs,” noted Kim.

2013 marks the first year that ULI Columbus has produced this Real Estate Trends report, but hopes that it can provide a more detailed look at the Central Ohio market compared to other regional reports.

“The local analysis better pinpoints where the region’s opportunities and challenges are and what our real estate leaders, many of who are active here and on a national level, are seeing for 2013 and beyond,” said Kim.

Dayton, Ohio will see its home prices increase 4 percent in 2013, and Cincinnati by 3.7 percent, according to Clear Capital, a real estate data company.

An article in Cleveland Heights Patch (¨Real Estate Experts Forecast Improved Market for Sellers¨ reports that the foreclosure rate is slowing in Ohio. “Buyers are getting reasonable prices and if they’ve been protecting their credit, they’re getting very reasonable interest rates,” said Carl DeMusz, CEO of the Northern Ohio Regional Multiple Listing Service.

“It’s a perfect time to buy,” added Thomas Bier, senior fellow at the Maxine Goodman Levin College of Urban Affairs. “There’s a lot to look at.”

The article continued, ¨but the market can’t be ´painted with a broad brush,´ said Howard W. Hanna, president of Howard Hanna Real Estate Services. ´All real estate is local, and it can be as local as street by street. There are a lot of neighborhoods that weren’t affected by foreclosures. Homes in those areas aren’t selling for bargain-basement prices.´

¨That message is sometimes lost in the media hullaballoo about the buyer’s market, said ReMax Traditions realtor Judy Makaryk-Rosen. ´Buyers are coming with an attitude of entitlement.´¨

Meanwhile, with nearly 25 percent of Ohio homeowners underwater on their mortgages, U.S. Sen. Sherrod Brown (D-OH) recently unveiled a plan to improve the housing market by addressing “short sale” transactions. Short sales are real estate transactions that must be approved by the bank because the seller owes more on his/her mortgage than the proposed sale price.

Brown’s bipartisan legislation addresses the lengthy closing process that often comes with a short sale—which can last months—by requiring banks to respond in a timely manner when prospective buyers are attempting to purchase such homes. Brown released information on the percentage of Ohio homeowners who owe more on their mortgage than their property is currently worth.

“Ohio families are tired of being stuck in limbo,” Brown said. “If we’re going to fully recover from the housing crisis, we need to make it easier for qualified candidates to purchase homes. This commonsense legislation helps prospective home buyers and distressed homeowners alike—rebuilding our neighborhoods and jump-starting economic growth.”

In other Ohio real estate news, in late March, 2013, the Ohio Housing Finance Agency (OHFA) Board approved more than $11.4 million for affordable housing properties in Dayton and Cincinnati. A permanent supportive housing property for formerly homeless individuals, the Commons at Third was awarded $1 million in Housing Tax Credits (HTCs) and $500,000 in Housing Development Assistance Program (HDAP) funds from OHFA to construct the community.

During the meeting, the Board approved $10.5 million in Multifamily Bonds for the new construction of Catherine Booth Residence in Cincinnati, Hamilton County. Multifamily Housing Bonds are tax-exempt revenue bonds designed to lower the costs of borrowing for housing developers. The program provides financial assistance for the development and rehabilitation of affordable housing.

Once construction is completed, Catherine Booth Residence will feature 96 one-bedroom units in a three-story building for seniors. Unit amenities will include a dishwasher, microwave and intercom. On-site services will include a community room, laundry facility, computer room with future services including a convenience store, game room and library.