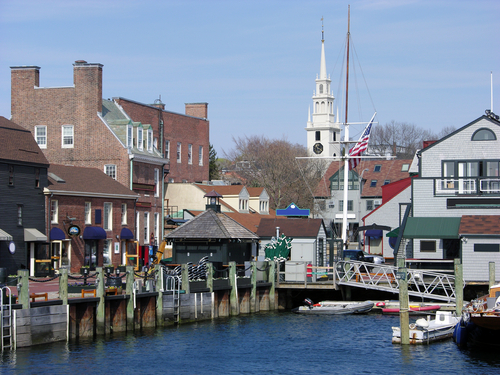 On Jan. 17, 2013, the Providence Journal reported that ¨executives with commercial real estate firm CBRE said that the Rhode Island market has stabilized and will benefit, ultimately, from continued strength in Boston.

“‘New economy’ businesses such as Amazon, Google, Wayfair and Yahoo came to Boston because the city offers an attractive combination of skilled workers and cultural amenities.

‘Slowly, they are pushing other companies and investors to New England’s secondary cities, such as Providence. Also, a solidifying national economy aids that trend.¨

So far, Rhode Island´s home sales are increasing, a continuation of a trend begun in 2012, said Vicki Dolan, president of the Rhode Island Association of Realtors. ¨A wider picture shows that in 2012, overall home sales in Rhode Island were up nearly 20 percent over 2011. The statewide numbers also show that overall home sales went up and are holding steady in the first few months of 2013. That, along with an increasing demand for housing and fewer homes going up for sale, suggest a balancing of Rhode Island’s real estate market,¨ she added.

¨Economist Leonard Lardaro of URI releases a Current Conditions Index well worth following. In it he tracks local views on Rhode Island’s economy. He follows 12 economic indicators each month and has reported that ´as 2012 ended, Rhode Island’s economy shifted into a higher gear.´ According to his report about the end of 2012, the CCI rose to 92 in December, which is the highest level since November of 2003.

WPRI.com reported (¨RI median home price jumps 12% in Feb.,¨ March 28, 2013) that ¨the median sale price of single-family homes in Rhode Island jumped 12 percent to $189,500 in February compared with the same month last year. But the Rhode Island Association of Realtors says in a new report Thursday that home sales appear to be slowing, rising only 2 percent to 442 last month compared with February 2012. The group says a factor in the slowdown was an 18 percent drop in the supply of homes for sale.

¨The median price of condominiums soared 55 percent to $193,400 in February compared with the same month last year.¨

“Taveras rolled out his plan to help jumpstart the Providence economy and get people back to work. The plan included redeveloping Kennedy Plaza into a public square, bringing streetcars back to the city, bringing life back to city storefronts, cutting red tape for businesses and launching a marketing campaign to bring tourist to Providence.”

Taveras suggested a number of actions, including the following, to alleviate his city’s economic struggle:

Rhode Island Housing opened the HelpCenter, a comprehensive HUD-approved counseling center dedicated to providing professional support and education to help R.I. homeowners avoid foreclosure in the fall of 2007 to respond to the growing foreclosure crisis. The HelpCenter’s HUD-approved counselors have helped more than 8,000 R.I. homeowners at risk of becoming homeless. HelpCenter counselors take a customized approach by helping struggling homeowners make sense of an existing mortgage, work with lenders and explore options to avoid foreclosure.