Oklahoma Realtors are predicting the spring of 2013 will be one of the most successful home-buying seasons in the state since 2007. 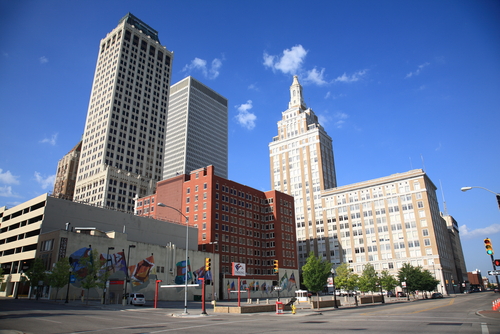 According to television news channel KTEN (¨Real Estate in Ardmore is on the Rise,¨ March 21, 2013), hopes are high among regional real estate professionals.

¨Christi Frederick is a real estate agent in Ardmore and said lately the amount of people wanting to buy and sell their home has been booming,¨ reads the KTEN article. ¨´Here lately it’s been picking up. People are more interested in moving around and they’re listing their homes, looking for other homes, and looking to move up. Even the older people are looking to downsize, so we do have lots of activity right now with spring coming up. It’s certainly a time to be thinking about moving around,´ Frederick said.¨

RealEstate.com reported that ¨despite a slow economic recovery, and some minor ups and downs each month, the average list price for Oklahoma read estate has remained rather steady since the end of 2011. Single family units changed from $168,000 to $172,000 and condos from $128,000 to $124,000. Perhaps these steady prices have encouraged buyers to take a chance on Oklahoma real estate since the inventory has started selling more rapidly. On average condos are listed for approximately 96 days and the average house takes over 110 days to sell.

¨The condo and townhouse sector of the Oklahoma real estate market appears to be performing quite well. Average sale prices of $95,000 are just 23 percent under the seller list price. The detached family home market in Oklahoma real estate isn’t fairing nearly so well and in some recent months the average sale price has been as much as 33% below the average list price of $171,000.¨

In a recent web article (¨Experts Discuss Tulsa´s Healthy Real Estate Market,¨ Jan. 13, 2013), Tulsa Channel 8 quoted Tulsa real estate agent Paul Wheeler regarding the increase in home sales. “´More of the fear is gone, and more excitement is in the air for real estate,´ said Wheeler. He had his busiest year ever last year, and this year isn’t slowing down. Buyer enthusiasm is moving sales quicker, with homes on the market for nearly five days less than they were a year ago. As for home values, the rebound on that is a little slower.

The article reads in part, ¨Ricky Jones, development engineer for the owner, 121st and Memorial LLC, told staff that assisted and independent living facilities were planned, which would likely attract businesses such as a pharmacy, records show. Possibilities for other parts of the development include a hotel, retail, warehouse, and a variety of dwelling units including single-family, duplexes and apartments.

Inman News reported (¨Oklahoma´s real estate birth,¨ Sept. 16, 2011) that not only is Oklahoma experiencing a robust real estate market statewide, it is also enjoying a healthy market city by city: ¨More than 50 of Oklahoma’s 77 counties grew in the last decade as overall population expanded by 8.7 percent to 3.75 million, according to Census Bureau data.¨

Some factors contributing to this, according to the article, are:

The article continued, ¨as can be expected, the biggest benefactor of the state’s healthy economy has been Oklahoma City, the capital, with a population in 2010 of 579,999, up 14.6 percent from 2000 (metro-area population of 1.25 million). That’s good news for the housing market.

¨Oklahoma City hasn’t been the only beneficiary of the state’s economic well-being. Although Tulsa, the state’s second-largest city, lost a bit of population during the past decade, down 0.3 percent to 391,906 from 2000 to 2010, the city added 2,943 jobs since the first of 2010, mostly led by the manufacturing sector.

¨Then there is the unique case of Ada, Okla., 88 miles southeast of Oklahoma City and with a population a tad over 17,000. According to Noon, the city’s jobless rate is so low it might actually be negative.

¨So far this year, Ada added 465 government jobs, 444 service positions, 398 manufacturing slots, and 333 new employees in oil and gas extraction, and filled 222 openings in accommodation and food service industries. Judging from the economy, it really looks like Oklahoma is OK, if not better.¨