They have every right to be enthusiastic. Based on rising home prices, appreciating home values, and increasing sales, indications point to a positive remainder of the year for the Alabama housing market. 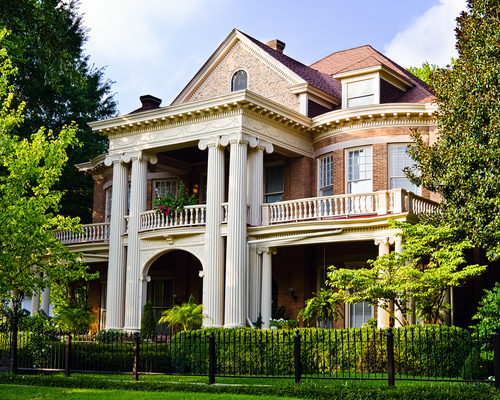 An article published in the Birmingham Business Journal in January (“2013 Forecast: Real Estate”) reads in part: “Despite the still-slow industrial and office markets, the prospects are bright for more real estate activity through 2013. The new Regions Field will continue generating deals, the entertainment district is bringing in fresh retail, and several surrounding communities are working to revitalize their neighborhoods. The challenges for 2013: Financing is still tight in many sectors, fears about government gridlock will continue to put some deals on hold, and high Birmingham business license fees could drive more manufacturers toward Shelby County.”

Meanwhile, Birmingham unit sales were up 7 percent to 920 in February from 857 in January, an increase of 139.

Birmingham inventory is 14 percent lower than it was last year (9,028 as opposed to 10,458). Local real estate professionals say the fact that inventory is remaining below 10,000 is encouraging.

Another positive sign is that the average days on market for new Birmingham houses was at 197 in February versus January’s 201.

Here, according to the Birmingham Business Journal, are some predictions about various aspects of Alabama’s 2013 real estate market:

• Single-Family Homes
As unemployment continues decreasing, experts expect to see more buying and building of single-family homes. Keep an eye on the area near The Outlet Shops at Grand River in Leeds and in Ross Bridge for more developments in 2013.

• Rentals
Single-family homes are making a comeback, but rentals are expected to continue to dominate the list of new developments in Birmingham in upcoming years. Expect future projects closer to the city center, and especially around catalysts like Railroad Park and Regions Field.

• Historic Redevelopments
The Alabama Legislature is looking to install a historic redevelopment tax credit for both commercial and residential projects. That, along with growth in the city center, could translate into more redevelopment announcements in 2013.

In related news, the Alabama Real Estate Confidence Index appeared to be rising steadily, as of the end of the first quarter of 2013. The ARECI measures the sentiment of real estate professionals and industry affiliates across Alabama on a scale of 0-100, with 50 indicating no change expected.

According to the ARECI, confidence in the housing market improved for the real estate community in terms of sales indications and price expectations.

The index showed that sales indications improved from 52 to 55 and price expectation improved to 50 for the first time in the three years that the survey has been conducted.

The results also showed that participants maintained positive sentiment on the statewide conditions at 53 (same as last quarter), while inventory expectations declined to 49 from 52, indicating real estate professionals expect to see some increases in inventory supply.

Regionally, Alabama’s coast continued to remain the most optimistic in the state. On an overall basis all areas remain above 50, indicating expansion expected.

This quarter showed little change in expectations in all regions. The results are still encouraging, with overall measures in the expansion zone, at or over 50.

Commercial market participants (the majority of the respondents are from the Birmingham market area) remained projecting a neutral market this quarter at 50 this quarter, and dropping 6 points to 46 for sales expectations.

Price expectations remain soft, at 46 versus 49 last quarter, indicating pricing pressure. The score for credit availability is looking weaker at 46, down from 49 points from last quarter.

Here are details on how real estate professionals scored the real estate market in other regions of Alabama:

• North Region
North Alabama experienced a modest deterioration in most scores. The total score of 47 was a 2-point decline from last quarter. The sales outlook is modestly positive at 53, but with pricing pressure expected with a score of 45.

• South Region
The Southern Region sales score improved the most, by 6 points to 61, the highest of the region scores. Price expectations jumped 12 points to 55.

According to the Alabama Center for Real Estate, “real estate sales are seasonal and the sales pace generally slows during the winter months resulting in a higher degree of statistical volatility. With that said, sixty-eight percent (16 of 25) of the local housing markets across the state have experienced year-to-date sales growth where compared to 2012 and that is welcome news for Alabama consumers as well our state’s real estate community. All 5 major metro areas representing 70% of Alabama sales have positive year-over-year growth rates.”

Generally speaking, Alabama’s economy is gradually improving, with personal incomes in the state grew by 2.5 percent in 2012.