Wyoming ranked No. 9 in a recent list of the top 10 housing markets of the future compiled and presented by MSN Real Estate. 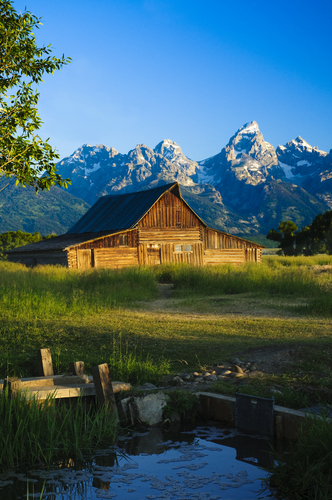 “The Cheyenne metro area, which includes Laramie County, has been a fairly stable market, with home prices estimated to drop only 2.6 percent from peak to trough,” reads the article. The report forecast a 4-year home price increase of 23.7 percent, with the biggest price increase to occur in 2014.

“In large part the big increase is due to the unique job opportunities Wyoming provides.

‘Without a doubt it’s the coal, the oil, the gas; all those minerals keep the state going very very well,’ said real estate agent Kevin Bromley.

“‘The mineral market supports thousands of jobs statewide, which is why the Wyoming jobless rate is amongst the lowest in the United States. “There’s a lot of jobs compared to a lot of states,’ said Nicholas.

“The population here in Casper is growing so fast the building companies can hardly keep up. ‘We’re low on inventory because there are so many people moving in from out of state and people selling here,’ Nicholas said.

“There were only nine rentals listed in the Douglas classifieds the first week of March. A two-bedroom apartment was priced at $900 and a two-bedroom mobile home was $725.

‘Our total market inventory is down from previous years,’ Willox said. ‘So that affects the market as well in that the variety of selection is not as large as many buyers would like.’

“Douglas resident Shari Cooper, 60, rented out a trailer house in Lone Tree Village Mobile Home until someone offered to buy it. She received about 20 calls in a two-week period when the place was advertised, and she said most prospective tenants were not local residents. ‘It just seems like there’s been a lot of people looking for places to live,’ she said.”

Third-generation owner of the Plains Trading Post Restaurant Charlie “Hegglund said the Plains Motel has sheltered workers from many of the oil-rich states such as Texas, Colorado, North Dakota and Oklahoma. But with the Bakken Shale play in North Dakota attracting more roughnecks, Hegglund said he’s seen people coming from as far as Chicago.

“’A lot of people are trying to break into the oil field,’ he said.

“Converse County Commissioner Mike Colling, former owner of the Higgins Hotel in Glenrock, said business prospered before he sold the hotel in late 2012. In years prior, hotel occupancy grew along with the drilling of oil and gas wells. ‘We were renting rooms for a lot of the workers in the area,’ he said.

“As a real estate agent, Willox said he’s witnessed a growth in housing projects, as well. The increase in demand has prompted the construction of a number of multi-family homes, and many single-family homes are planned.

“’We have apartments that are going up, some new housing,’ Porter said. ‘We have some other businesses that have opened. We have only a couple of empty storefronts in our downtown area right now.’”

Not all Wyoming real estate news is oil-boom-related. According to a report compiled by the National Association of Realtors, sales of existing homes in Jackson Hole saw a significant increase in the last quarter of 2012, with a sales volume of $125.9 million, versus $49.9 million in 2011.

The valley town saw a 52 percent increase in annual sales volume with records indicating a final tally of $596 million.

Unit sales in real estate Jackson Hole have also shown a significant rise, of about 25 percent. As reported by the Teton County Multiple Listing Service, the demand for single family homes and condominiums is on a record-high in Jackson.

Jackson Hole’s image as a luxurious resort town, along with its diverse lifestyle and plentiful recreational opportunities has a significant influence on real estate trends in the community. For instance, as the Jackson Hole Mountain Resort rose in prominence and made the valley an attractive haven for skiers, the concept of slope-side real estate gained a renewed attention.

With demand for Jackson Hole housing so high, supply is naturally at a low. Jackson Hole’s land is protected by a federal decree, and at the current pace of real estate sales, the inventory of existing homes in Jackson will be exhausted in less than a year.

According to many regional Realtors, 2013 will be a strong year for both buyers as well as sellers in the Jackson Hole real estate.

The Jackson Hole Property Guide reported on March 29, 2013 (“Town on hunt for more housing for employees”) that “the town of Jackson is looking to add to its stock of 11 housing units for its employees. But it’s going to have to do some shopping.

“Town staff in charge of housing hoped to close on a house at 660 Hall Ave. in the first weeks of April, but a buyer with first right of refusal swooped in, Assistant Town Manager Roxanne Robinson said. The town is continuing its search and wants to acquire another house before the fiscal year ends June 30, she said.

“‘It’s still a good time to buy employee rental units,’ because the market is down, Robinson said, and demand is high.

Robinson said the number of employees interested in renting from the town is greater than the number of spaces available. At times, she said, she has had to draw names out of a hat. ‘As an employer, we have some obligation to satisfy employee housing needs,’ although technically the town isn’t required to do so, Town Manager Bob McLaurin said.

“The town owns nine houses, one of which is divided into two residences. Another three-bedroom, two-bathroom dwelling is located above the Jackson Hole Children’s Museum. The housing is split between five members of the Jackson Police Depart­ment, three START bus staffers, two public works employees and one person from the town planning and building department.

“Part of the aim is to keep certain types of town staff in the community. ‘We’ve always had the goal of housing critical employees in the town limits,’ Robinson said. ‘We have a number of law enforcement officers that live in Star Valley or over the pass.’”