The 2014 California housing market will follow the national trend of slow recovery: according to the California Association of Realtors (CAR), sales numbers may take a slight dive. These experts predict housing prices will do the exact opposite. Rising prices will lead to a sensible growth in 2015. For the time being, these experts advise cautious optimism. Finding affordable housing in most areas of the state is still almost impossible. Most real estate analysts conclude that, in 2014, the real estate market in California will become more and more stable. 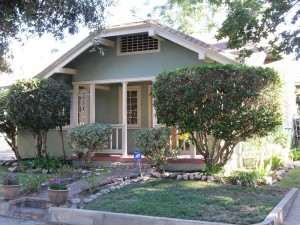 The CAR report, which forecasts market figures for 2014, estimates the market will sell 395,700 single family homes in 2014. This figure is down 4.4 percent from last year. The median price for a home that’s suited for a single family will likely increase by 10 percent. The CAR estimates that SFHs will be selling for $447,800 on average in 2014. That figure represents a significant price hike compared to last year’s $407,200.

Meanwhile, the 30-year fixed rate mortgage estimate remains low. This marks a continuation of the historically low rates the state saw over the past five years: 4.6 percent. The outlook for one-year adjustable rate mortgage rates stands at an even lower 3.5 percent.

We should also factor in nationwide and state-level economic conditions when trying to forecast trends for the California housing market. Here are some contributing factors:

But can actual improvement be expected, given the rising home prices in California? Market analysts expect prices to soar to ever higher heights this year. According to the June edition of the quarterly UCLA Anderson Forecast, there’s reason to believe so given the increasing number of construction jobs. Yes, 15.1 percent fewer homes sold in May 2014 compared to the same month in 2013. This figure comes from DataQuick, a company based in San Diego. However, the report explains that the figure is only a normalization trend that the market is experiencing. A more ‘normal’ housing market means more new constructions. It also means higher prices, fewer sales, and a more stable market overall. Some of the factors contributing to the slowdown in sales and increase in prices include fewer foreclosures on the California market in 2014 (compared to 2013).

In fact, the UCLA Anderson Forecast says that the foreclosure “deluge is over”. Most properties for sale on the market right now belong to traditional owners. In turn, developers may find their own place on the scene much easier. UCLA’s professor of economics and lead author of this quarter’s report, Jerry Nickelsburg, explains unlike other markets, the one in California is not being dominated by banks. That factor makes predicting housing trends far easier. “You have a much more normal market. Prices are rising. That brings people off the sidelines, which increases supply. And all that gives builders some confidence that they’re going to get the prices they forecast.” The 44 percent increase in number of building permits awarded in Orange County partly confirmed his predictions; that trend continued in the first quarter of 2014 with an additional 25 percent increase.

This taxation cap is quite high. However, the value of any property forever remains where it was initially assessed. This means that the owners of old homes have little to no interest in selling. With such homes virtually removed from the market, the market will obviously experience some shortage of housing stock allowing prices to skyrocket.

Back in the days when the recession peaked and the California market was swarmed with foreclosures, most of these homes were purchased by investors. Investors own more property in California than in other states. The low housing inventory in this state drove property prices even higher. Experts predict it will continue to do so in 2014.

When looking at the areas of California where most people prefer to purchase a home (San Diego, San Francisco, and Los Angeles), Forbes notes that there isn’t much land to develop new properties. The new homes built there in 2014 will be even more expensive than pre-existing ones due to Prop 13. This will further drive up housing prices. It will also limit the leeway that potential buyers benefit from.

Foreign buyers often target California for investment property given its notoriously high land and property value. They often make cash offers for expensive real estate property. Many of these investors pay well above market prices. In turn, this continues to increase prices on an ongoing basis. These price hikes are particularly relevant for 2014. The latest UCLA Anderson Forecast explains that Los Angeles will see a major influx of Chinese investment. As the recovery rate of the national housing market slows down, economists predict foreign investors will seek safe investments to place their cash.

Low stock levels of the California housing market serves as another reason for the expected sales slowdown. The authors of this report predict the market will become more permissive for regular buyers after a period of intense pressure from corporate investors. According to the main CAR economist, Leslie Appleton-Young, “We’ve come up against an exceptionally low inventory situation in California for at least the last year and half, and it has started to take a bite out of our sales.” She added that the market is still “robust.”

The report discovered a positive aspect to the rapid increase in housing prices: more foreclosure sales due to higher house values. Property owners with massive mortgage debt have much more incentive to sell this year. Consequently, the stocks should also increase. This changing market should also lead to a change in the behavior of California property market investors. For the past three to four years, investors have bought homes and rented them. Experts predict investors will likely start selling these homes on the market after refurbishing them.

With housing sales expected to increase by 3.2 percent, one wonders if the currently fast paced real estate market in California isn’t headed for a new housing bubble. While Appleton-Young doesn’t discount this possibility, she also says that market conditions have significantly improved since pre-recession times. Most importantly, getting a mortgage in 2014 requires a lot more underwriting than it used to.

Robert Kleinheinz, the head economist of the Kyser Center for Economic Research, expects a lot more first time home buyers to animate the real estate market in California in 2014. With more homes available on the market, the researcher says it is likely to witness milder price rises in 2014. According to him, “the CAR projection of a 6 percent increase is about double the long-run average, which seems like a conservative but very reasonable outlook.”

However, Kleinheinz doesn’t believe this is enough to make the California market look and behave normally just yet. He says “the supply of homes is going to increase, but I don’t think we’re going to have a balanced market yet in 2014.”