The Texas housing market historically stood as one of the nation’s most important real estate markets. Nationwide analyses and forecasts for the 2014 Texas housing market haven’t shown anything different. Major media outlets such as Forbes and CNN named the 2014 Texas housing market as one of the top areas to invest in this year. However, recent conflicting reports from the real estate world point out a degree of inconsistency and decreasing values in this Texas market. In our following report on the 2014 Texas housing market, we will examine the evolution of Texas real estate this year. We will also delve into some estimates for the remainder of 2014 and the foreseeable future.A Metrostudy survey for the first quarter of the year says that the current 2014 Texas housing market rendered many prices to un-affordable levels for first time home buyers and lower income earners. Experts explain that this has to do mostly with the evolution of the state’s market before, during, and immediately following the housing bubble. Many still consider the current real estate market in Texas as one of the strongest in all of the United States. The state has been largely recognized due to its stability. Prior to the recession, a strong growth impetus characterized the state. Major fluctuations in oil prices greatly impacted the states economy. These fluctuations led investors to purchase massive amounts of property in Texas before the bubble burst through the rest of the country. While other markets throughout the country collapsed under the volume of new housing inventories, Houston and the rest of the landmark markets in Texas remained relatively undeterred on their path toward expansion. 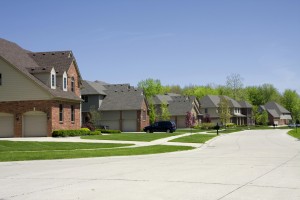 The development of new fracking technologies also caused a certain exclusion of affordable housing inventory in the state. Since oil prices in Texas now exceed $75 per barrel (which stands as the entry point to profit for oil sales) housing builders now focus on meeting demands of well-off buyers and investors. This is especially true in the Houston metropolitan area. This focus also applies to majority of the other markets around the state. As of right now, no builder or developer caters to the needs of the market’s lower end buyers. They primarily focus on high price point housing. This focus also helps offset the spike in construction costs caused by the 2008 recession. The crisis brought about dramatic increases in the price of land plots, construction materials, and manual labor. In order to continue earning profits, construction firms focused on building expensive estates with higher price tags to justify the higher quality.

On the upside, May’s report attested to the fact that the state’s housing inventory is on an upswing for the first time in three years. The positive news from this report comes from the state’s Association of Realtors. The 2014 Texas housing market stands a chance to increase its sales volume and possibly return to the double digit increase experienced in 2013. At the same time, this growth in inventory should cause a slow down in price increases which skyrocketed as demand maintained its high volumes. The Texas housing inventory stands at an unprecedented low level at 3.4 months’ worth of homes as of this year’s first trimester. By the end of the second quarter, the levels managed to accumulate a meager, yet still promising ,.2 months. The supply of available houses in the state continued to drop (by 12.19 percent on a year-to-year basis). This is the first time since 2011 the rate grew every quarter.

This increase in housing stock prompted a long-awaited rise in sales just in time for the beginning of summer. Housing sales volumes in Texas increased by 46.67 percent on the quarter by the end of the second trimester. This increase equates to 81,722 home sales. On a year-to-year basis, sales grew by 1.13 percent while median housing prices increased by 5.87 percent during this quarter. This median price stands at $187,300. The average home price also increased by 5.28 percent on the year to a hefty $146,209. Experts credited the increase in inventory to a thawing in new home construction. The aforementioned situation still holds true. In order for supplies to grow to satisfactory levels, an increase in building activities must remain steady. This is particularly true with first-time and rising segments of the market.

Most housing purchases occur within the first-time and lower-income segments of the market. By continually disregarding these categories of potential buyers, Texas home builders and developers literally slow the development of the state’s market. The market in question should continue to remain strong and display plenty of potential. However, stocks still remain significantly low in Dallas and other major metropolitan areas. The situation might take a turn for the worst. Should these trends continue in the 2014 Texas housing markets, realtors and would-be purchasers alike could soon realize that the market simply has no more room left to grow.