The Kansas housing market experienced significant growth and strength in the past few years. Experts from the state’s Wichita State University expect more of the same in the 2014 Kansas housing market. They predict that the market will exhibit a strong tendency towards balance. Late last year, the university’s Center for Real Estate issued its yearly Housing Markets Forecast report. This report predicted a 5 percent increase in home sales this year. The projected number of sales stands at 37,820 units after considering the current conditions on the market. The authors of the report examined the top markets in the state and predicted the following: 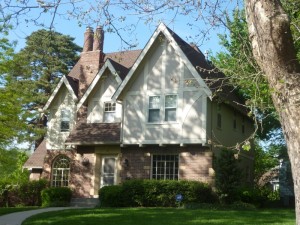 In May, a report titled Understanding Kansas Housing Market in Today’s Economy by Dr. Stanley Longhofer from the WSU Center for Real Estate paints a comprehensive picture of the mortgage and housing markets in Kansas. He shows that the interest rates of 30 year, fixed rate mortgages finally experienced the sharp increase everyone expected. He also predicts an MBA forecast of a continued increase in 2015. Dr. Longhofer’s report indicates that the underwriting standards for all types of home loans tightened over the course of 2013 and 2014. The bank’s actions predictably led to a sharp decrease in mortgage demand and refinancing activities towards the end of 2013 and beginning of 2014. On the other hand, the debt burdens of Kansas households appear to have become easier last year. However, the debt burden may experience a slight uptick this year due to the amount of consumer debt.

Longhofer also analyzes the evolution of homeownership rates in Kansas to illustrate how this index traditionally remained lower in Kansas than the U.S. average. In spite of the fluctuations and the near-recovery of 2013, experts predict that homeownership levels will drop in the 2014 Kansas housing market. The number of Kansas home sales mildly increased in the second quarter of 2012. However, this figure has slowly lessened over time. The professor expects an even sharper decline in 2014 as evidenced by seasonally adjusted home sales volumes posted for the year’s first two quarters. The number of written contracts for home sales became stagnate since mid-2013. Luckily, this level still sits a long way away from the historically low levels posted after the first quarter of 2010.

The level of the housing inventory in Kansas remains low. It stands slightly above the 5.5 month mark in mid 2014. The same can be said for Wichita and its metropolitan area. These areas remained consistent with countrywide trends. The new home inventories remain notably higher than U.S. averages. This holds true both in overall Kansas as well as in Wichita. Though the increase posted in Wichita represents no cause for concern just yet, some real estate experts warn that we should keep these levels under control as much as possible. After all, the excess in housing supply caused the previous housing bubble in the first place. The state experienced the effects of this bubble at the end of the second quarter of 2010. The number of single-family housing permits awarded this year in Kansas sits slightly higher than the U.S. average at a rate of 300 per year (seasonally adjusted). The U.S. saw home prices increase towards the end of 2013. Kansas housing prices took a slight dive during that same period.

Overall, the report paints a picture of moderate growth for the 2014 Kansas housing market. Experts predict an increase of 5.3 percent this year for the total number of sales.  That figure roughly translates to an estimated 37,820 units being sold by the end of 2014. Market figures expect some 4,885 new housing construction permits will be handed out in 2015. That figure increased only 3.6 percent over the past twelve months. Both these values represent a significant drop in terms of the pace of growth compared to their 2013 counterparts. Last year, the number of homes sold increased by 11.7 percent. The number of building permits grew by a massive 24 percent. However, experts still feel that these figures add up to a far more ‘balanced picture’ for the 2014 market than previous years: the 2014 Kansas housing market should witness a 2.4 percent appreciation of home prices. After the decrease in prices in 2011 and 2012 (not to mention the sharp 1.8 percent increase last year), this predicted appreciation comes as a welcome change of pace. The balance may tip in favor of the sellers this year due to the low inventories and tighter lending conditions.

The report also examines the five top markets in the state: Kansas City, Lawrence, Manhattan, Topeka, and Wichita. These areas all expect an increase in sales with Kansas City leading the way at a 4.5 percent projected rate of growth. Manhattan follows closely behind with a 4.4 percent growth. Next up is Lawrence (3.3 percent), Wichita (2.5 per cent), and finally Topeka at 1.7 percent. In terms of building permits being granted, both Manhattan and Kansas City expect to see a growth of 18.8 percent and 12.7 percent (respectively). Topeka should break even in permits awarded. Lawrence and Wichita might see drops in the number of permits awarded. At the end of the day, all five areas should witness an appreciation in average home prices: 2.7 percent for Kansas City, 2.5 percent for Manhattan, 2.2 percent in Wichita, 1.7 percent in Lawrence, and a feeble (yet welcome) .9 percent change in Topeka.