The forecast for the 2013 Kentucky housing market paints the picture of a diverse landscape in terms the overall home sales throughout the state. Most significantly, this forecast draws attention to the more positive aspects of the Louisville market. The 2008 recession didn’t hit the Louisville area as hard as the rest of the state. However, the real estate market in the area did need to make some adjustments to better meet these predictions. 2013 was largely a year of upswing for the housing market in Kentucky, continuing the trend of the previous years. The positive trend continued into 2014 despite minor fluctuations in home prices in the third quarter of the year. Despite everything, this is not the most relevant aspect of the state market. Perhaps the most striking aspect remains the dramatic price increases the 2014 Kentucky housing market experienced over the past few years along with the large price discrepancies.

We believe that several factors will affect the evolution of the 2014 Kentucky housing market. Many of these factors continue in the state government policies. Other factors relate to the nationwide economic conditions. Others relate directly to the unique character of a market dominated by both urban and rural areas. Here are some of the main factors involved in our forecasts:

2014 marks five years from the official end of the financial crisis. However, the job market in Kentucky still suffers in its aftermath. The Kentucky Center for Economic Policy recently published a report titled The State of Working Kentucky 2014. This report explains that a very real job gap issue still exists in the state which requires solutions. On the one hand, Kentucky workers still face discrimination based on their education level, gender, race, and age. On the other hand, the declining trend in real wages causes a significant, ongoing decline of living standards for many citizens of Kentucky. According to the report, one in five part-time workers in Kentucky say they would rather hold a full time job. The same source states that median wages in Kentucky dropped by 8 percent (adjusted for inflation) from 2001 to 2013. All these factors culminated into forcing citizens to migrate out of the state, lowering housing affordability, and driving down the number of home sales. 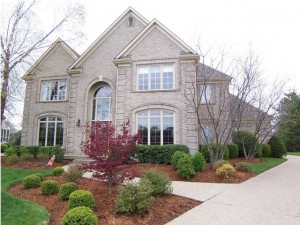 Projections for Kentucky’s economic growth closely match the forecasts for U.S. averages for 2014. Experts expect the GDP will grow by 2 percent while the unemployment rate should hover around the 6.5 percent. Industry experts predict job growth to increase by 1.5 percent while U.S. employment growth should sit at 2 percent. We wish to note that Kentucky has done quite well for itself, rising above the trials of the recession with just a few snags in Lexington area. By and large, both the state economy and its housing market should enjoy a relatively balanced year in 2014 and beyond.

Kentucky authorities deeply care about housing affordability which is why they have a long record of voting in favor for increased funding to the Affordable Housing Trust. Authorities make constant efforts to recover outstanding recording fees from various financial companies and company groups.

The diverse real estate in the 2014 Kentucky housing market makes it one of the more interesting states to watch out for this year and next. On one hand, nearly one third (or 30 percent) of all property listings in the state are situated in Louisville and Lexington. Another third (or 35 percent) remains undeveloped farmland. The overall picture of Kentucky’s housing market in 2014 looks like this: