Sales of single family homes, condos, and townhomes form the base of the 2014 Missouri housing market making up roughly 60% of all listings on this market. That means people are more interested in buying family homes than any other property type. Sellers quickly adapted to these market demand making this type of individual property the largest share of the market. The price for them slowly rose following the massive 2008 recession. Between December 2011 and April 2012, the average price of condos and townhomes increased from $162,000 to $176,000. Industry experts saw this upwards trend as being quite significant considering it occured in just a few months’ time. The downside to sharp increases is that could also bring about sharp decreases (or overall instability). As for single family homes, they reached higher values regardless of whether they  were located in or outside of the metropolitan area. The average listing price for these homes stood at $195,000 by the end of 2013. Single family homes experienced a minor drop to $193,000 at the beginning of 2014. 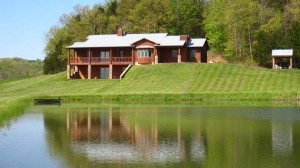 So far, the data appears quite promising for the 2014 Missouri housing market and into the future. But, the going is still a bit tough on sellers at the moment. Even if most transactions run smoothly and the number of transactions steadily increased over the past few years, buyers still expect to get a lot of value for little money. These difficult customers lead to intense rounds of negotiation. The market reflects these tough negotiations in the fact that the average sale price for a single family home sits at $150,000 over the course of the past few months. This figure sits 22% below average listing prices. Sellers set an initial price which consistently hasn’t been met in the final agreement. The difference tends to sit at a staggering 22% lower. The market for condos and townhouses experienced a very similar situation: the average sale prices in the recent months resided around $126,000. That figure is roughly 24% below the prices initially asked by sellers.

Overall, we can pinpoint a few highlights and changes within the 2014 Missouri housing market:

All these fluctuations really aren’t as drastic as they may first seem. They won’t have a lasting effect on the overall real estate market in Missouri. Although the state has its fair share of attractive large cities to live and work in (such as Kansas City or Missouri City), the largest share of listed properties still remain in the suburban and rural areas. The state of Missouri holds a lot of farms and free farm land. So, this is actually a great opportunity for both real estate investors who would like to create quiet, charming residential complexes and to families looking for a simpler life in a more natural setting. The areas of Branson, Branson West and Kimberling City are especially attractive to the housing market for their unique view of the mountains.

Last but not least, the Missouri housing market remains attractive for families searching for a place to call home. This attraction stems from the affordable costs of living. The Midwest and the South are still more affordable than other areas throughout the nation. Missouri stands among the most attractive residential areas on the national market. On top of this, the quieter pace makes this particular market ideal for families with children rather than singles. There are areas favorable to this growing demographic as well of course. For example, in Fort Leonard Wood, 75% of homes have at least one child. The low crime rates contribute to attraction of this area. The rates go as far as 0.06 vs. the national average!

Considering the state’s number one industry is still agriculture, the rural areas definitely remain one of the primary sectors of the housing market which will become more important in the next few years to come. Families looking to buy a home or even a small farm already place a pretty good demand on the market. It may not appear so given the slow growth of the market, but this area remains a solid opportunity for investors to keep their eye on as well.

*Note: All the figures presented above were provided by the MO Real Estate.