Experts reported that the real estate marketing in Santa Fe recently ‘soared to new heights’ through the use of flying drones. Although the agent who marketed homes with the aid of a drone is an isolated instance, it is also indicative of the highly competitive, local housing market. The use of cutting edge gimmicks could potentially change the game for real estate agents in the area. Furthermore, experts state that Santa Fe (along with the entire 2014 New Mexico housing market) is experiencing a huge influx of new construction for both residential and commercial property. This influx signals a rejuvenation of the 2014 New Mexico housing market in more ways than one. 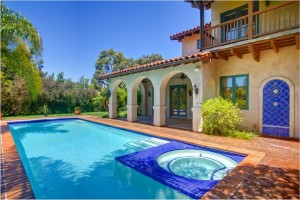 In terms of empirical data, the average June 2014 housing unit value in New Mexico stood at $167,100. This figure dropped by -0.4 percent compared to last year’s figure. According to the real estate market portal Zillow, the median house values in New Mexico should amount to a 1.2 percent increase next year. The currently listed median home price in New Mexico stands at $204,500. However, Zillow’s yearly forecast remains positive. The website predicts a 1.2 percent upward trend until July 2015. As of the time of this article’s publication, the median rental price for New Mexico stands at $1,015 per month.

The experts at Zillow don’t have stellar feedback regarding the New Mexico housing market and its market health. The portal’s Market Health index considers up to 10 different metrics (including the past and estimated evolution of housing values, re-sale of foreclosures, the ratio of foreclosures to non-foreclosures, negative equity, financial delinquency, as well as the relative speed of sales on the market compared to past performance). The resulting index then sorts this region’s housing market compared to other markets across the United States. For June 2014, based on official data up to July 21, 2014, the New Mexico Market Health index stood at 105. This position is down 1.7 out of 10 points. The number indicates that the market is slightly less healthy than previously recorded. As of June 30, 2014, homes spent an average of 105 days on the market. The rate of mortgage delinquency stood at 6.2 percent (which is right on par with the national average of 6.2 percent as of March 31, 2014).

As far as individual cities in New Mexico are concerned, The housing value index (or the median estimate for home values) for the Santa Fe area stands at $304,700 (which is the highest in the state). Albuquerque follows at $170,500, followed by Silver City ($159,500), Las Cruces ($138,400) and South Valley ($132,300). The median listing price per square foot in New Mexico (which bottomed out at roughly $110 in January of this year) continues its slow recovery since then. The median now stands at $115. However, we should note that this market still has a long way to go before experts can recognize it as fully recovered. 36.4 percent of the homes listed on the market carry a significant price cut. Conversely, New Mexico’s rental index stands at a median estimate of $1,139 as of August 2014. This figure sits slightly below the countrywide average of $1,318. The median rental list price per square foot is $0.75. For a more granular at the 2014 New Mexico housing market, plenty of cities seem to be faring rather well in the second half of this year. The Conde Nast Traveler Magazine named Santa Fe the top choice for small cities in America. The yearly survey reflects an overall atmosphere of activity and overall movement on the real estate market. Aside from new housing opportunities, Santa Fe Mayor Javier Gonzales recently promoted his city’s many new commercial developments. The new Violet Crown Theater in Santa Fe is scheduled to open in late 2015 with a new business model alongside the new Drury Hotel. The Drury Hotel will sit in the immediate vicinity of the city’s bustling Plaza. Against this lively backdrop, Santa Fe experienced an increase of 18 percent of quarterly residential sales compared to the end of Q2 2013. Experts feel very positive about this long term trend as it confirms a two year long uptick in the market. When the number of home sales closed in Q2 2014, Santa Fe rose from 500 to nearly 600 sales over the course of a single quarter. Historically, the year’s third quarter is the strongest sales period. Analysts expect that the area will see 700 house sales over the next three months.

The situation in Albuquerque appears similar to Santa Fe’s positive market. As of August 11, 2014, Albuquerque’s market held some 5,942 single and condo family homes for sale on the market. The median asking price stood at a stagnant $219,990 on a month-to-month basis. This figure dropped roughly .4 percent compared to the same time last year. What’s interesting to note here is that while the median asking price has slightly fluctuated downward in Albuquerque, the housing inventory slowly rose by .5 percent on the month. This same figure rose by an impressive 13.5 percent on a year-to-year basis. Another important indicator of Albuquerque’s market, the 75th percentile asking price, experienced a slight decrease in late July. This statistic dropped from $349,900 to $349,500.

With housing stocks on the increase and prices slightly decreasing, the likely forecast indicates a slow, but certain normalization of the housing market in one of New Mexico’s most important cities. The median asking price for homes here peaked in May 2006, at $269,740, but has since gone 18.4 percent lower. Conversely, the figure increased by 11.2 percent from the rock bottom price of $197,875 the market saw in January 2013.

The 2014 New Mexico housing market is finally looking positive. However, it still has a bit more recovery before things can return to pre-recession levels.