In late March 2014, Freddie Mac released a periodic index. This index lists North Dakota, Wyoming and Washington DC at the top of the chart for the country’s most stable real estate markets. The index considers several criteria including the rate of approval on mortgage applications, the ratio of income to housing prices, and the different states’ rate of employment. The Multi-Indicator Market Index, released by Freddie Mac on March 26th, analyzes the markets of all the states as well as the fifty most important metropolitan areas. This report indicates that the 2014 North Dakota housing market is on its way to back to full recovery. However, the state still has quite a ways to go before it can be declared healthy and restored. 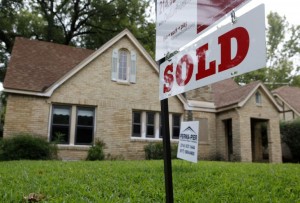 At the time the report’s publishing, North Dakota still benefited from an economic boom caused by the oil industry. The state recently witnessed the following economic upticks:

We should note that the continuous increase in housing prices in North Dakota literally pulled the state out of an impending crash of their housing market. The nearly 40 percent price increase helped the state avoid the fate suffered by most other states around the nation. On the other hand, it also caused the market to transform into a sellers’ market. With prices on the rise for over eight years now, buyers are experiencing increasing difficulty in finding decently priced homes in this market.

Market analysts believe that this situation occurring within the 2014 North Dakota housing market mirrors the very same boom of the energy industry. While the economy in North Dakota improves on a daily basis luring people to move from outside the state, the harsh reality is most of these people who are relocating will soon realize that they don’t have anywhere to move to once they arrive. A Fox Business news report from February explains that, while new hires help improve the economy, the housing market simply doesn’t have enough supply to accommodate everyone. A real estate professional in the Fargo-Moorhead area of North Dakota told the media that the education, technology, and agricultural industries have also experienced massive hiring sprees along with the energy companies; unfortunately, these new hires won’t find a plethora of options on the housing market.

The low housing inventory in North Dakota remained a stark reality throughout most of 2014. Here are some of its chief contributing factors:

So, North Dakota holds dramatically low housing stock numbers. As one Realtor based in North Dakota explains, the situation in this state was caused by all the ‘right’ reasons: good levels of employment, a lot of new jobs, and high demand (as opposed to the ‘wrong’ reasons, such as low prices). However, the number of available homes in North Dakota remains far lower than the December 2013 countrywide supply rate of about 4.6.

Keith Knosalla, the North Dakota vice-president of HSH, says home demand exploded in 2013. At the end of 2013, buyers absolutely depleted the state’s housing inventory down to unprecedented levels. The same source explained that employers saw business volumes double each year for the past four years. The difficult weather conditions brought on by the 2013 into 2014 winter tightened the housing supply numbers even further. Most industry experts predict the situation will remain the same throughout the remainder of 2014. The harsh winter also caused prices on new homes to explode. Experts partly attribue this to construction conditions being particularly difficult because of the weather. New construction costs also skyrocketed due to the high demand of North Dakota construction workers. In turn, these increased costs caused prices on new homes to increase by $5,000 to $10,000. The low stock of the housing market also drove up the prices of the North Dakota rental market up. Reports indicate that Williston, a northwestern city in North Dakota with a particularly rich reserve of oil, actually held the highest average rental price in the whole of the U.S. at the beginning of 2014. The average monthly rent for a 700 square foot apartment in North Dakota stands at $2,394 this year.

If, in spite of all this, you’re still set on buying a home in North Dakota, here are some of the conditions you should meet:

So, there you have it. The 2014 North Dakota housing market is a very strong one. However, this strength is almost entirely skewed towards the seller rather than the buyer. A buyer could consider purchasing a home in a neighboring state and commuting to North Dakota for work. For instance, you can find out more about the 2014 Montana housing market by clicking here. Or, you could look at a home in North Dakota as a serious investment. All indications show that these homes shouldn’t decrease in value anytime soon.