The Idaho housing market never did seem to regain momentum following the real estate bubble burst that lead to the recession. However, the first two quarters of 2014 brought on an unexpected trend toward normalization. This normalization is especially apparent in the Boise area. As the data shows, the state experienced the usual seasonal fluctuations in buyer demand and seller offer. Much like the rest of the continental United States, the levels of distressed sales and foreclosures nearly dropped to zero. While the supply of housing units remains relatively low, the supply is returning ever so slowly to a relative level of normalcy. At the same time, prices are rising. The rates of increasing market values remained in the single-digits. As most real estate market experts would agree, the real estate market in Idaho is returning to a more balanced pace following nearly ten years of dramatic swings. In this report, we will examine all of the facets of the 2014 Idaho Housing Market.

Home prices remain low in the state of Idaho. The median single housing unit price stood at $94,246 in April 2010 according to John Burns Real Estate Consulting. Idaho remained one of seven states in which the median housing unit price stood below $100,000. Business week’s four year Idaho forecast included a projected 18.3 percent increase in prices. They dubbed the Idaho Falls metropolitan area the strongest housing market in the state. The southeastern city is known as a center for health-care, travel, and business. 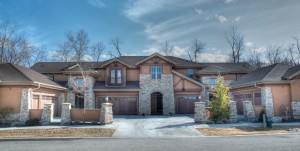 The first quarter of  the 2014 Idaho Housing Market confirmed the Business Week’s aforementioned forecasts to some degree. Earlier in the year, the housing markets in Ada County and Canyon County experienced an uptick in demand; in turn, this uptick caused an increase in median housing prices in both counties. In the second quarter of 2014, the median price of pre-existent home sales in Ada County increased by as much as 8.3 percent. This recent increase mirrored the Q2 2013 10 percent increase. In Q3, the pace of price increases in Ada County slowed to more normal rates. Experts expect the market will remain cool for the remainder of the year. In the meantime, Canyon County experienced a more moderate upswing of 3.95 percent in Q2 of 2014. Canyon County experienced a far higher median price increase during the same period in 2013. By all counts, affordability issues curbed the pace of price appreciation in the area.

In terms of the number of homes sold, both Ada and Canyon County appear to have reiterated 2013 patterns thus far. Both counties experienced a dramatic increase in housing unit sales over the spring in Ada County much like in 2013; last year, this growth trend peaked in July and took a sharp dive until late October only to be revived in December. Experts expect a similar situation will unfurl in Idaho this year with higher mortgage interest rates behind the earlier cut-off in the 2014 sales upswing. Meanwhile, Canyon County saw more existing homes sold per month up until May on a year-to-year basis. The market peaked in July. Analysts expect it to steadily decrease until the end of the year.

The industry forecast remains moderately optimistic in terms of new housing. The state granted some 3,300 new building permits in 2013 in the Idaho area between Ada and Canyon County. This figure rose by 600 individual permits from 2012. Of course, new housing units in the Boise market would ease the extremely tight housing supply. Supply eased up a little in the area starting with the final quarter of the previous year. As the experts predicted, Idaho is experiencing normal, seasonal fluctuations in terms of their single-family housing unit supply. The number of active homes for sale on the market continues to increase. Analysts believe that fewer homeowners underwater caused these favorable market conditions. They also accredit the relatively low mortgage interest rates. If you’re thinking of buying, the current level of the 2014 Idaho Housing Market supply show that now is as good a time as any.

In Ada County, more home owners posted active homes on the market than in 2013 and fewer pending ones. Since the overall level of supply is still far below normal levels, analysts expect prices to increase at a faster pace than normal over the coming period. Of the 3,124 homes listed for sale in Ada County in August, only 74 (2.4 percent) are REO (foreclosures owned by lending institutions) and 71 (or 2 percent) are listed at short sales. To compare, the ratio of short sales in 2010 stood at almost 50 percent. As previously stated, overbuilding is also not an issue in Ada County. Construction companies only completed 256 new homes. They still have more than 400 to be built.

As for Boise, the metropolitan area experienced a sharp increase in sales prices for both active and pending housing units last year. This trend continued through the first half of 2014. At the moment, the level of appreciation slowed down due to the fact that 50 percent more homes were listed for sale in August 2014 than there were the same time last year. However, housing supply levels only experienced a slight increase this year. As far as forecasts, that means prices should remain high.

The situation is similar in other parts of the Ada County. For example, the housing supply in Meridian increased by about 200 new units since last year. This figure still remains at a historically low level. The area will also experience some major price spikes through the remainder of 2014. In Eagle, Idaho, the number of foreclosures and short sales dropped to nearly insignificant levels. Housing supply in the area remains relatively low, the pace of sales is steady, and the area will likely remain as high in price as before.

As for the metropolitan areas in Canyon County (Middleton, Caldwell and Nampa), the overall situation saw county market recovery levels lag behind those recorded in Ada County. Indeed, more homes are listed for sale than last year. The level of housing supply is also on a slow upward trend. Fewer pending homes are being listed on the housing market. In 2014, you could probably still close a short sale/foreclosure in Nampa, find affordable housing for sale in Caldwell, and would be hard pressed to find much of anything in the very tight Middleton market.