Forecasting the real estate market in Nevada has historically proven quite difficult given its highly dynamic nature. However, the 2012-2014 period proved particularly challenging for market analysts. The recession, its aftermath, and the slow pace of economic recovery in the state provided many difficulties in the prediction process. In most states, market analysts steer clear from mentioning the formation of another housing bubble. When it comes to Nevada, these voices have been as hesitant. We can easily see why: the median housing price for 2013 rose 30 percent on a year-to-year basis, reminding many of the 2006-2008 fiasco. The number of foreclosures and rushed sales in Nevada continues to top countrywide charts. In many other parts of the U.S., REO sales became a thing of the past. On top of this, the housing supply remains perilously low in Nevada compared to historic averages. Let’s take a closer look at the current state of the 2014Nevada Housing Market. Through close examination, we should be able to discover the likely trends for the remainder of 2014. You can read last year’s report on the 2013 Nevada housing market here.

Perhaps the high number of foreclosed homes still up for sale serves as the biggest issue to plague the 2014 Nevada housing market over the first half of this year. Data released in mid-July by California-based research company RealtyTrac confirms the state’s now established position among the top 5 states in the U.S. by mortgage holder defaults. As many already know, Nevada law AB284, which came into force in October 2011, prevents lenders from foreclosing on homes for which they no longer hold the original loan documentation. For the most part, banks and other lending institutions could not produce the required documents. Subsequently, foreclosures came to a grinding halt in Nevada. 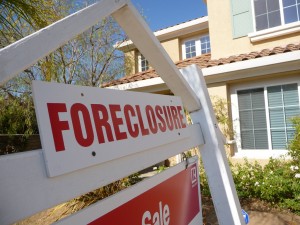 At present, we do not have official numbers for underwater homeowners in the state. The more pessimistic estimates show this figure closer to 80,000. They make up what has been referred to as the ‘shadow housing inventory’ in Nevada – homes which should be foreclosed on but cannot be because of a lack of proper documentation. Instead, underwater properties are only being sold through short sales. In turn, this practice lowered the number of home sales per month in Nevada down to 3,000/4,000 per month (from the average 15,000 per month in more stable economic times).

Although June 2013 saw a relative relaxation of foreclosure legislation in Nevada, the situation was overturned once more in October 2013. That accounts for the reason why the state ranks 5th in foreclosures countrywide. One in every 138 homes in Nevada (amounting to a total of 8,504 homes) initiated the default process. What’s more, that rate actually increased toward the end of the second quarter, jumping a staggering 66 percent (or 609 housing units) from May to June. Defaults were exponentially up by 56 percent this year following seven consecutive months of decline.

By most counts, Nevada’s high level of foreclosures (along with the long turnaround time for foreclosure) affects the state’s housing market in more than just one way. The housing supply is overinflated, there is virtually no need for new housing unit constructions, and property values decrease. The only apparent silver lining here is that it’s rife with affordable housing opportunities for those who can still afford to buy. The 2014 Nevada Housing Market only created advantages for Wall Street investors. Two such companies are Colony Capital and Blackstone Group. According to the Las Vegas Business Press, these corporations own several thousand homes which they rent out for a profit. One company owns as much as 60,000 rentals in Las Vegas alone. In turn, this makes two forecasts for 2014-2015 plausible: low housing supply and current low prices on existing homes will grow in the future. Many analysts predict that the aforementioned Wall Street hedge funds will sell off large segments of their portfolios once they feel the price is right.

In spite of the grim perspectives outlined above, the Nevada housing market managed to end the year’s first quarter on a relatively positive note. Although the market creates sufficient cause for worry, current evaluation leaves some room for optimism. Median prices increased, sales lowered, the housing supply inflated by a small margin, and investor interest waned. Yet, overall, the figures say that at the end of June 2014 the market exhibited steady improvement. Most importantly, the median price of a single-family resold housing units increased by 14.2 percent (up to $199,900) from $175,000 in June 2013. These figures represent the highest recorded price since September 2008 which is encouraging. The figures might stand at a far cry from the historic highs of the $315,000 recorded average in June 2006. But, they’re still far better than the $118,000 low recorded in January 2012. The President of the Greater Las Vegas Association of Realtors, Heidi Kasama, actually used the term ‘encouraging’ to describe the situation. The average appears to be headed past a $200,000 median.

Nevada’s higher prices and fewer sales created a slight uptake in housing supply. On a less optimistic note, the number of homes up for sale in Nevada, with no pending offers, almost doubled in June. At 7,126 such homes, there’s 86.2 percent more than the same time last year. Though this is encouraging, in a way, the current inventory would only last for three months, (which is far below the six months required by a stable market).

Interestingly enough, investor interest typically manifests through cash sales. These sales dropped in the first half of the year. Only 34.7 percent of all homes sold through cash transactions. That figure signals investor presence. Traditional homebuyers might be making a consistent return to the market. Given the fact that the number of short sales also increased from May to June, the demand for affordable property appears to be on the up and up. Short sale median prices went up by $10,000 on the month, to $170,000, while bank-owned home median prices were down by $15,000, to $150,000.