A view of the 2014 Washington Housing Market at the end of this year’s first quarter paints the picture of a balanced and rather stable market. However, several market trends are creating cause for concern for most analysts. Perhaps the most prominent cause of concern is the low supply of available housing units. According to Stephen O’Connor, the director of the Runstad Center for Real Estate Studies at the University of Washington, low supply levels caused a lower number of listings and overall lower sales. If you wish to read up on Washington’s housing market condition’s last year, click here.

The Washington housing market generally experiences significant seasonal fluctuations from the first to second quarter. Considering the particularly harsh conditions of this 2013-2014 winter season, many real estate experts blamed the weather for Washington’s particularly low level of real estate transactions this past spring. Of course, we cannot solely blame weather conditions for the lackluster level of sales recorded on the 2014 Washington Housing Market during the first part of the year. By the end of this year’s first quarter, both higher market prices and a relatively low housing supply tipped the balance somewhat in favor of the sellers. At the same time, the one percentage point increase in mortgage interest rates likely deterred many prospective buyers. Washington interest rates remain at historically low levels. But, enough buyers felt the spike from 3.5 percent to 4.5 percent was a significant enough deterrent. 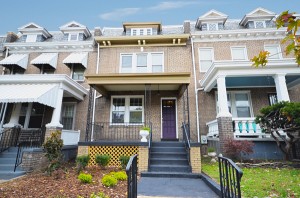 Housing affordability did vary widely throughout the state. The least affordable county on the Washington real estate market at the moment is currently San Juan, with an all-buyer index of 87.7.  On the other hand, homes in the Lincoln and Wahkiakum counties are the most affordable, registering all-buyer index values of 404.4 and 387.9 respectively. Overall, affordability levels on the Washington state housing market increased to 152.6 points. The increase in affordability numbers grew from the 149.4 points at the end of Q4 2013. So, what exactly does this mean for a family with a mid-range income? It means that the family may be able to afford a single-family home that’s up for sale at a price that’s 52.6 percent higher than the median price. However, the sale is only possible if they have enough money to cover the 20 percent down payment and are willing to sign up for a 30 year mortgage.

Benton County remains the most affordable location for first-time buyers seeking property in a metropolitan location. King County is the least affordable location. Buyers searching for their first home fared somewhat better than previous years during this year’s first quarter. The first-time buyer index appreciated slightly upwards by 1.8 points. The index stood at 85.3 at the end of the year’s first quarter. However, Seattle still proves to be a particularly difficult market for first-time buyers. These buyers face the additional challenges of a very tight market in terms of supply.

A recently published report on Western Washington one of the state’s most important real estate markets confirms the trend toward recovery and stability. It also indicates that current conditions are far from normal.

The July data for Western Washington showed an increase in sales listings from July 2013. However, this data also showed fledgling inventory levels. Inventory appears to have improved in the area over the year: July 2014 ended with 26,813 active sales listings in the Western Washington area. These numbers increased 6.1 percent from the July 2013. Snohomish County performed the best with a notable 27 percent improvement. But, overall supply levels could only cover 3.4 months of sales: an uptick from June’s 3.35 months. Those supply levels stand a far cry from the six months required by a stable housing market. Ballard/Green Lake and North Seattle showcased the most dramatic situation. Those areas only possess about one month worth of inventory.

We can derive some comfort from the fact that 11,437 new listings were added this past July throughout all of Western Washington. That number not only increased from the July 2013 total of 10,860, but the increase in percentage of single-family homes was pretty significant as well (88 percent). The fact remains that with inventory levels still at record lows buyers have little to choose from. As one would expect, the lack of supply has led to fast-paced increases in pricing. Homes continue to draw in multiple offers and sell for the best prices offered. The only hope for the remainder of the year comes from builders and developers, who finally seem to be shifting their interest from apartments to new condos. According to a Coldwell Banker representative in Seattle, this past July, one developer announced an order for the construction of a batch of 500 new housing units.

The market in Western Washington (and most likely the rest of the state) will likely remain more of a seller’s market. At the end of the year’s first half, real estate brokers in the Western Washington area allowed new listings on the market to age for at least a week before even looking at the offers. That isn’t a cozy situation for buyers, but is a clear advantage for sellers. This practice won’t likely disappear any time soon.