At this point, I’m sure you’re all very familiar with the successes and shortcomings of the 2014 North Dakota housing market. This market was predicated with respect to its economy. South Dakota’s neighboring state to the north experienced an oil boom that (so far) kept its housing market balanced, prices high, and economic conditions prosperous for sellers. Can the same be said about the 2014 South Dakota housing market? Real estate data and market experts seemingly paint a far less glamorous picture for the 2014 South Dakota housing market versus their neighbor to the north. However, this shouldn’t be taken as indication that the situation there is dire. Although real estate prices and home values in the state remain relatively low throughout this year (along with the median household income), several positive prospects have arisen in the South Dakota market that are worth exploring. 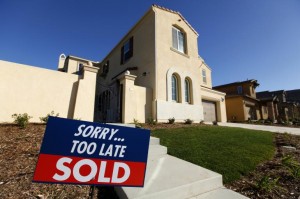 North and South Dakota remain some on of the most rural locations in the U.S. South Dakota’s population barely exceeds 800,000 people. This figure only increased by a meager 8 percent over the past 14 years. The housing stock in South Dakota remains relatively high while the prices on these homes remain at affordable low levels. According to BestPlaces.net, the median cost of a South Dakota home currently resides right around the $158,400, mark. These homes hold an appreciation rate of only 4 percent as of 2013. As a side note, unfortunately, public schools spend less on a student in South Dakota than they do, on average, through the entire U.S. However, there are plenty of good things to consider in the 2014 South Dakota housing market when seriously considering moving.

All in all, people in South Dakota don’t earn extravagant salaries. The median household, family, and per-capita income ratios sit lower than nation wide averages. But, the median value of owner-occupied homes sits lower as does the median asking price. In South Dakota, the mid-point of home asking prices stands at $37,400. The figures provided by real estate portal Zillow also corroborate with this picture: the home value index stands at $124,500 as of late September 2014 with a negative 7 percent year to year change.

The median 2014 housing price in South Dakota stands at $179,000. This price point increased at a relatively constant rate since December 2013 (when it dropped to $167,000). Prior to that point, the median price constantly rose all throughout 2013. Zillow has not released any predictions for this median listed price figure for 2015. Most real estate market analysts agree that South Dakota is bound to see more of the same through the remainder of this year and into the next: marginal, seasonal price drops in early winter, followed by trickling, yet consistent growth throughout the rest of the year.

One index figure confirms this positive trend. That figure is called the market health indicator and it sat at 8.9 as of September 2014. This index considers several factors such as negative equity, delinquency on mortgages, and the pace at which homes sell on the market. The current value of the index labeled the market as ‘very healthy.’ Experts assume the market will show similar evolution through the coming months. Most experts claim that South Dakota’s extremely low rate of mortgage delinquencies in 2014 caused this evolution in 2014. Only 1.7 percent of mortgage holders are delinquent in the state. That figure sits far below the 6.9 U.S. average as of the end of June 2014.

The state of the Sioux Falls housing market confirms almost all of the findings for the 2014 South Dakota housing market. A February 2014 report from the local HUD PD & R real estate agency explains that the market remains well balanced in both the home sales market and the apartment sales market. The Sioux Falls metropolitan area expects to see 500 new jobs this year from three manufacturing employers. They also predict that several new healthcare facilities will be built in the area in the near future. These new facilities should equate to new jobs. Unemployment decreased to 3.3 percent in the area from 4.1 percent during the first quarter of 2013. Experts expect that the housing sales market should continue to increase.

The multifamily housing construction market continues to improve in Sioux Falls. Housing market experts even go so far as to state that it has reached unprecedented levels since the 2007 crisis first occurred. The area approved some 1,050 building permits last year. That figure is over twice the number granted each year between 2010 to 2012 (which averaged only 410 permits per year). Although the number of permits granted for multifamily homes dropped from the 200 units recorded during the end of 2012, that same span of time signaled other positive signs for the overall market.

All in all, the South Dakota housing market seems to be slowly improving. The state’s appreciation rate for single family homes increased by 7.68 percent over the past five years according to Neighborhood Scout. The website reports a 7.58 percent appreciation rate over the past two years, 3.84 percent for the past twelve months, and 1.48 percent for the last quarter. The pace at which the market increases appears to have slowed down over the past three months of the year. However, the state’s real estate experts hope to see the market evolve even further toward complete balance. They don’t expect construction or purchase levels to return to their pre-housing bubble counts. But, for the time being, experts remain cautiously optimistic about the future.