Baby Boomers, the generation of Americans who are now between 45 and 66, are excited to be helping their children purchase homes. Born 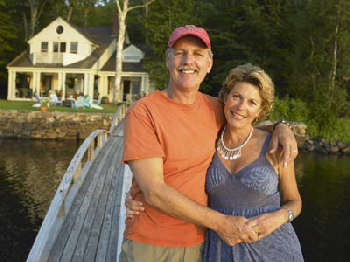 Boomers are using what they’ve earned over the years to help their children and grandchildren with down payments for the American Dream. Instead of spending everything on BMWs and trips oversees, they’re now taking an interest in their kids futures.

Over the years, Baby Boomers have become more and more aware of the importance of homeownership. They are not only sharing this knowledge with their future generations, they’re sharing their earnings, helping to make home buying possible for their children and grandchildren.

Currently one out of every five Boomers has already given their offspring a gift in the form of a loan or co-signed for a mortgage in order to help their children to buy a home. More than two out of three or 68 percent of boomers have plans to do this in the very near future. 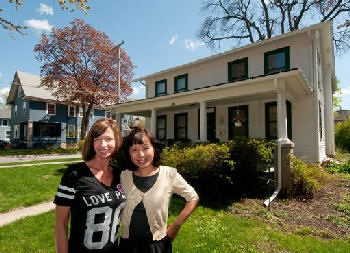 Why are boomers willing to provide this assistance?

a.    They believe very strongly in the traditional values behind homeownership.

b.    75 percent want to help provide a solid investment for their children.

c.    58 percent believe that homeownership is an essential part of the American Dream.

It’s widely believed that Boomers will help to inspire the U.S. housing market. There are two main reasons behind this belief:

1 –   They possess large amounts of home equity that has been built up over many years. To them, the best way to reinvest this equity is to invest it in homes for their children.

2 –   They have very unique tastes when it comes to housing. They’re looking to make changes, including downsizing as their kids move out to start their own families. This means having extra cash to invest in the future of the children moving on with their lives.

The National Association of Realtors thinks that the numbers are even higher than reported. Boomers have always been great with making “documentation” work in their favor. Experts believe that many are giving their children down payment assistance long before the loan applications have even been submitted. This allows the funds to be placed in their bank accounts so far in advance that they don’t have to disclose them to lenders as gifts.

In other cases, some boomers are buying homes for their children outright. In some of these situations all parents and even grandparents have to do is set up a repayment plan that’s known as an “after-the-fact intra-family loan agreement.”

With mortgage interest rates currently near record lows, Baby Boomers may be wise to encourage their kids to become homeowners. Their optimism over homeownership is likely to trickle down to future generations.