The nation’s largest bank has settled the biggest mortgage false claims case with the U.S. government in history. Bank of America will pay $1-billion 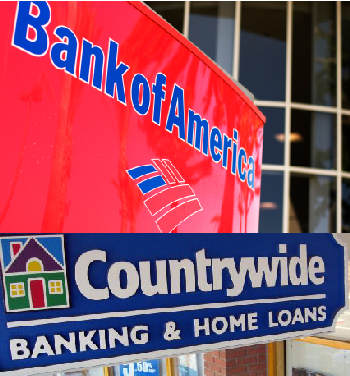 to resolve wrongdoing uncovered by the U.S. Justice Department in mortgage lending by loan officers operating for Countrywide Mortgage, which BofA acquired at the height of the financial crisis.

The settlement will be made up of $500-million to provide recovery for the harm done to the FHA by Countrywide’s conduct. The FHA has paid out hundreds of millions of dollars in losses as a result of foreclosures on bad Countrywide mortgages the lender made prior to its acquisition by BofA.

The remaining $500-million will be used as a fund to provide loan modifications for underwater Countrywide borrowers across the U.S. Under the terms of the agreement, Bank of America will be required to solicit underwater mortgage borrowers for the program. Mortgage principal may also be reduced as part of the modification program. Homeowners must be current on their mortgages to qualify for the plan, according to federal officials.

Should BofA not provide enough modifications to home loan customers who are underwater on their mortgages in the next three years under the program, the unused balance will be forfeited to the government. Qualifying requirements for the program are expected to be released in coming weeks.

“Through their underwriting and origination of tens of thousands of government-insured loans to unqualified borrowers, Countrywide Financial subsidiaries systematically abused the Federal Housing Administration and became some of the main players in this country’s financial crisis,” said U.S. Attorney for the Eastern District of New York Loretta Lynch.

“This is the largest false claims act settlement related to mortgage fraud,” said HUD Secretary Shaun Donovan. “And will not only compensate FHA but will also ensure assistance for homeowners who have been harmed by Countrywide.”

The settlement with BofA was made as part of the resolution with the government and the nation’s largest five mortgage lenders announced last week.

Since 2009, the Justice Department has been investigating Bank of America’s lending practices to determine whether the bank, through Countrywide, made loans insured by the Federal Housing Administration to unqualified home buyers.

The investigation also determined that the bank and Countrywide defrauded the FHA insurance fund by originating mortgage loans that were based upon inflated appraisals, according to federal authorities.

The settlement also resolves allegations that arose over the Troubled Asset Relief Program that Bank of America defrauded the government by failing to determine the eligibility of homeowners to take part in the government’s Home Affordable Modification Program.