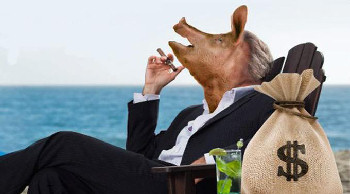 bankers, who want to kill the citizen initiated proposal before it makes the ballot.

Two big banking associations are battling against the initiative from being placed on the general election ballot in Colorado. Initiative 84 would require lenders to prove they hold legal ownership to a property if a mortgage borrower stops making payments before they are allowed to foreclose.

The initiative is only the second major action in the U.S. to force mortgage lenders or banks to prove they hold legal ownership to real estate before they foreclose. Nevada lawmakers adopted a new law that went into effect earlier this year that requires bankers to provide proof of legal ownership on property before foreclosing.

Federal authorities say an estimated 4.5 million mortgages are being audited to determine the full extent of faulty or illegal foreclosures in the U.S. robo-signing scandal, in which lenders representatives’ forged paperwork to quickly foreclose on homeowners in default of mortgages.

The Colorado Bankers Association and the Independent Bankers of Colorado trade groups are working in opposition to the initiative. The organizations say the proposal should be taken up by state lawmakers instead of being placed on the ballot to become an amendment to the state constitution, where it is expected to receive widespread approval by voters.

An automated electronic recording system that was adopted by county governments for its ease of use over the Internet, MERS, ordered banks and other mortgage lenders to stop using its system to foreclose on homeowners in default of their mortgages late last year.

If passed, the initiative would remove a provision in Colorado law that allows mortgage lenders to circumvent state constitutional law that allows lenders to quickly foreclose on real estate without first going through the courts to seek fair due process for mortgage holders.