By Mike Colpitts
Home prices declined an average of less than one-percent in the U.S. on a year to year basis through the end of March, according 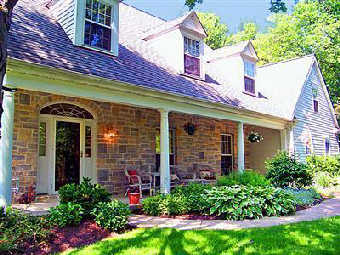 to a heavily watched housing price index indicating an upward trend for the marketplace.

The CoreLogic index showed that prices were down 0.6% from one year ago, including distressed properties, which are foreclosures and bank assisted short sales. The index monitors 100 of the nation’s largest metropolitan areas on an on-going basis to track home values.

However, excluding distressed sales, home prices increased for the third month in a row on a month to month basis. The index tracks home sales that are sold not including troubled properties for the financial services industry.

“This spring the housing market is responding to an improving balance between real estate supply and demand, which is causing stabilization in house prices,” said Mark Fleming, chief economist for CoreLogic. “Although this has been the case in each of the last two years, the difference this year is that stabilization is occurring without the support of tax credits and in spite of a declining share of REO sales.”

Bank owned REOs and foreclosure sales, however, are expected to increase in the later half of the year as lenders list more homes that have already been through the foreclosure process. An estimated 1-million homes not yet counted on bank balance sheets are waiting to be formally foreclosed in the U.S. by bank servicing companies before they can be resold.

One of the least populated states in the country leads in housing appreciation over the last year. Wyoming has netted an average of 5.9% in home values over the last 12 months, followed by West Virginia (5.3%), Arizona (5.1%) and North Dakota (4.7%).

The states suffering from the highest level of average housing deflation in the last year, according to the CoreLogic index are Delaware(10.6%), Illinois (8.3%), Alabama (8.0%) and Georgia (7.3%).