An over-whelming majority of homeowners are experiencing pest problems as a result of warmer weather in much of the U.S., according 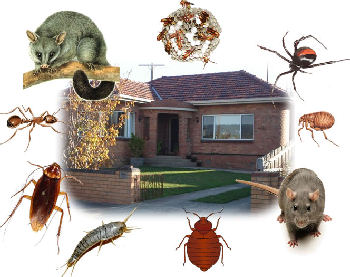 to a new study. Nearly half had problems with ants, while other bugs, including spiders and flies were most common.

The study was conducted by Home Team Pest Defense, the third largest pest company in the U.S. Researchers found that 84% of those surveyed reported pest problems in the last 12 months, with 49% having problems with ants, 43% with spiders, 37% flies and 34% mosquitoes.

“Pests have appeared earlier than usual this year due to warm winter, early spring and recent heavy rains,” said Russ Horton, technical director for Home Team Pest Defense. “We have already seen termite swarms in Texas, Georgia and Florida, odorous house ants in the Mid-Atlantic, and scorpions in Arizona.”

The early outbreak of bugs for homeowners is being driven by unusually warm weather in March and April in most of the nation. However, a majority of homeowners (54 percent) treated pest problems on their own at first, but more than half of those had to get professional help to get rid of the stubborn pests after only experiencing partial success.

Termites are the greatest pest concern for homeowners since they can cause massive damage to homes that have been riddled by the bugs, especially in warmer climates including the west and south-eastern regions of the U.S. Almost one in four (22 percent) homeowners has experienced structural damage to their home as a result of a pest problem.

The survey was conducted by QMobius and Aperio Insights research and analysis, and included responses from 1319 participants across the U.S. who are homeowners over the age of 18. The survey’s margin of error is +/- 5%.

“There are easy ways to help lower your risk of infestation now and throughout the spring and summer,” said Horton. “In some cases, calling a professional to evaluate and inspect your property thoroughly may save a great deal of unplanned expense, not to mention headaches and time in the future.”

Many pest companies offer regular service contracts for homeowners to handle maintenance and keep pest infestations from developing in the first place.