Led by a jump in conventional mortgage applications, home purchases rose for the second week in a row signaling a positive turn for the U.S. housing market, according to 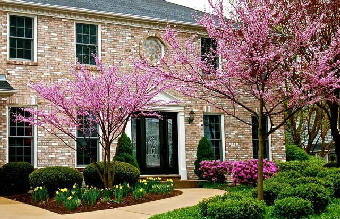 Pushed by record all-time low mortgage rates, buyers turned out to take advantage of the historically low rates to aid the housing market in its recovery just in time for a busier spring time selling season. The seasonally adjusted purchase index rose 3.4% from a week ago, spurred by a 5.4% jump in conventional mortgage applications.

Borrowers are applying for more conventional home mortgages after the FHA increased upfront fees for mortgage premiums it charges earlier this month. Increases in the fees charged by banks for conventional loans aren’t expected to rise until sometime later this summer when new regulations are adopted.

Lower home prices are driving buyers back into the market, despite high unemployment that averages 8.1% in the U.S. Joblessness is much higher in some regions of the country, including hard hit California and Florida. Despite, however, a lack of jobs, Florida home and condominium sales are rising, pushed by a hike in foreign buyers taking advantage of lower prices purchasing vacation homes in some areas of the state.

The refinance share of mortgages, however, rose just 1.3% from the prior week, declining to the lowest percentage of activity since last winter.

The average contract mortgage rate on a fully executed 30-year fixed-rate mortgage with conforming loan balances ($417,500 or less) decreased to 4.01% for the week ending May 4, from 4.05%. The Freddie Mac average for the same loan hit 3.84% last week to reach the lowest level in the rates history.

However, most mortgage borrowers are unable to qualify for the rate without perfect credit and a long history of credit borrowing. The average interest rate for 15-year fixed rate mortgages offered to borrowers decreased to 3.29% from 3.31% a week earlier.