By Mike Colpitts
Mortgage modifications for troubled homeowners seeking to reduce payments dropped nearly a third during the first quarter of the year, according to the independent alliance of mortgage servicers, investors and non-profit credit counselors, Hope Now. 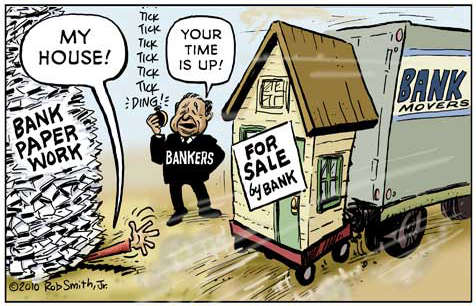 The steep drop in modifications represented 31% less than the same quarter a year earlier, with 207,000 total modifications for the period, including the Obama administration’s dismal HAMP program. About 147,000 of the mods were made by members of Hope Now without any government backing, and the remaining 60,225 under HAMP.

“We continue to be encouraged by the efforts of mortgage servicers, non-profit counselors and others to educate homeowners on their options and find viable solutions for home retention, or graceful exit in some cases,” said Hope Now executive director Faith Schwartz.

“In cases where home retention is not an alternative, the focus shifts to community stabilization through improving the short sale process and deed in lieu process, focusing on issues associated with vacant homes and enhancing public-private partnerships to support the housing market.”

Foreclosure starts and sales were also down during the first quarter of the year as lenders worked to speed up their foreclosure processes, and pledged to work with more mortgage holders at risk of foreclosure following delays caused by the robo-signing scandal. More than a half a million homeowners (545,000) were served with notices of foreclosure from the start of the New Year through the end of March. The figure marked a 4% decline from one year ago.

Hope Now data also shows modifications made by the alliance are lowering monthly mortgage payments and interest rates, with 77% or 113,000 mortgage holders getting reduced monthly payments. However, only a small percentage is receiving mortgage principal reductions.

Since the start of the program and the  U.S.  real estate collapse in 2007, the mortgage industry has completed 5.42 million permanent loan modifications through both government programs and Hope Now, substantially below what government leaders said they hoped to produce.