A total of 157 banks failed last year, and were taken over by the FDIC, the most since the U.S. Savings and Loan Crisis ended in 1992.

Homeowners say it isn’t fair that bankers have the right to call a mortgage when loan payments are made late or when they have already worked out payment plans with bankers. Business owners say it’s a violation of trust and that “calling loans” in are killing off many businesses that would otherwise survive.

As the value of collateral put up for business loans drops in terms of housing values, more banks are calling in loans from businesses triggering a second foot to drop in America’s foreclosure crisis. The result is adding to a monumental increase in personal bankruptcies, job lay-offs and more financial troubles.

According to the American Bankers Association, institutions are holding on to large amounts of cash because of the uncertainty in financial markets. Banks are holding almost $1 trillion in excess reserves. They normally retain up to a total of just $2 billion.

While government officials are asking bankers to loosen the purse strings and make more mortgages and loan more to businesses, government examiners are closely looking over banks balance sheets and other books of business. Details aren’t available from regulators on what levels of cash they are requiring banks to hold. But commercial loans and some mortgages tied to businesses have covenants included that allow banks to call loans due.

Since most lending is secured by real estate assets, declining values create a domino effect for many business owners, especially small business owners. 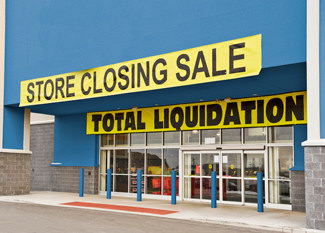 Recent studies indicate that about one in four U.S. mortgages are upside down or owe more on their property than valued at today.

Core Logic, a real estate analytics firm that provides information to banks and other financial institutions says there are 10.8 million residential properties that are underwater as of last December. The figure, however, represents 500,000 less borrowers than earlier in 2010 with most of those experiencing foreclosures.

Another 2.4 million borrowers were near negative equity with less than 5% equity in the third quarter of 2010, according to Core Logic. Together, negative equity and near underwater mortgages accounted for 27.5% of all residential properties with a U.S. mortgage.