By Mike Colpitts
A sharp drop in the inventory of discount priced foreclosures led to the biggest year over year increase in home prices in a year during July, according to CoreLogic. The 3.8% 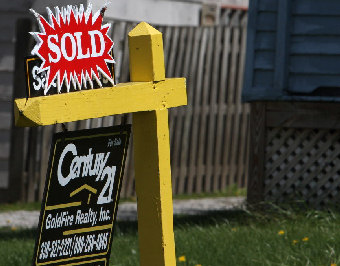 average hike in values includes all residential properties in the U.S.

The increase was the largest since August 2006 on a month over month basis, which is regarded as the peak of the real estate bubble in many areas of the country. Home prices rose an average of 1.3% in July from June, including foreclosures and bank assisted short sales. July was the fifth straight month with rising home prices, according to CoreLogic data.

The firm tracks 100 of the nation’s largest metropolitan housing markets on a month to month basis. Excluding foreclosures and short sales, home prices increased 4.3% on a year over year basis through July.

Near record low mortgage rates and lower home prices for existing properties are finally producing a surge in home sales in most areas of the country. The CoreLogic pending home index indicates that August home prices will rise an average of 4.6% on a year over year basis from year ago levels.

“It’s been six years since the housing market last experienced the gains that we saw in July, with indications the summer will finish up on a strong note,” said Anand Nallathambi, CEO of CoreLogic. “Although we expect some slowing in price gains over the balance of 2012, we are clearly seeing the light at the end of a very long tunnel.”

Home sales grew 2.3% in July and are 10.4% above last year’s pace of sales, according to the National Association of Realtors, which reported better sales than in previous summer months. The hike in sales should also carry through the fall season as lower priced homes, including foreclosures and short sales are listed on the market for sale.

Excluding distressed sales, August home prices are also poised to rise an average of 6.0% year over year from August 2011 and by 1.3% on a monthly basis.