By Mike Colpitts
Cash home sales, which hit record highs as bargain hunting investors plunked down greenbacks to reach feverish levels have declined as the 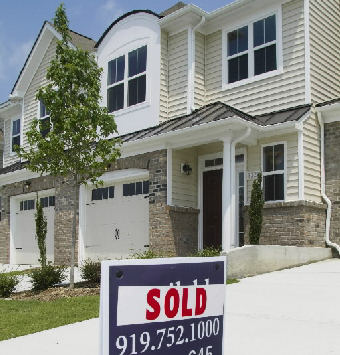 inventory of lower priced foreclosures evaporates in many U.S. regions.

The drop in cash sales follows a steady decline in bank owned properties, despite government slowdowns determining how many homes and other residential properties will be sold-off at a discount in bulk to investment firms. Cash sales dropped to make up only 27% of sales in July, according to the National Association of Realtors.

All cash sales topped out at 30% of sales last September. The spike had been consistently high for more than a year, back to September 2010. But investors have become weary of putting their hard earned money down as full payment for homes after the over-whelming majority lost money at least on paper since making their purchases with declining home values in most areas.

Hedge funds and Wall Street investment firms are making bulk purchases of homes from Fannie Mae at huge discounts in the government’s first efforts to sell-off the surplus of foreclosures to investors through a program orchestrated by the Obama administration’s Federal Housing Finance Agency.

Investors account for the largest majority of cash home sales, but only made up 16% of existing purchases during last month, down from 19% in June, NAR said. Fewer investors are able to qualify for mortgages as a result of restrictive mortgage underwriting guidelines.

However, the decline in cash sales may only be a temporary pause as investors wait for another round of foreclosed homes to be listed on the market. There are 1.4-million U.S. homes currently in the foreclosure pipeline, according to CoreLogic.

Existing home sales rose 7.4% in the northeast region of the country during July, despite the decline in cash sales. Home sales of property rose across most regions of the country as prices paid for homes jumped in many areas for the first time in more than six years.