Financial giants like Goldman Sachs, Bank of America, JP Morgan Chase and private hedge funds should be prevented from 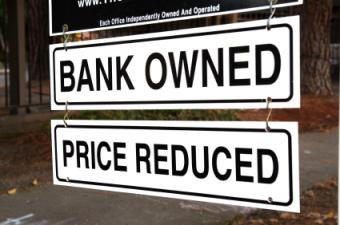 purchasing the glut of foreclosed homes held by Freddie Mac, Fannie Mae and the FHA, the National Association of Homebuilders warns.

Testifying before the Senate Subcommittee on Housing, Transportation and Community Development, NAHB Chairman Bob Nielsen, said the nation’s giant lenders should avoid bulk sales to large investors that have no stake in the neighborhoods where the properties are located.

“Local and small businesses that have a stake in the future of the affected communities should be the driving force behind the disposition of the REO inventory,” Nielsen said. “This will result in the creation of jobs and the stabilization of neighborhoods.”

The same corporations that nearly drove the U.S. economy off a cliff, and are evicting millions of homeowners may soon be buying up the surplus homes that Freddie Mac, Fannie Mae and the FHA have in inventory. Private equity funds, hedge funds and giant banks would be allowed to buy an estimated 250,000 foreclosures for pennies on the dollar if a proposal is approved by government regulators. 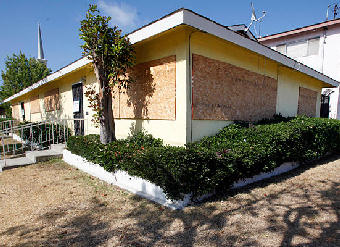 The NAHB also urged federal regulators overseeing the foreclosures to start a new investment fund and lease purchase program for home purchasers to cut the volume of foreclosures held by Freddie Mac, Fannie Mae and FHA.

“We support the goals to maximize value for taxpayers and increase private investment in the housing market,” said Nielsen. “Stabilizing home values will improve the balance sheets of financial institutions and will reassure home owners that their biggest asset will retain its value.”

The Federal Housing Finance Agency (FHFA), the Department of Housing and Urban Development and the Treasury Department issued a request for information over the disposition of the 250,000 foreclosed homes the government sponsored enterprises own.

The RFI (Request For Information) opens the formal pathway for the federal government to clear the inventory before the surplus of foreclosures grows larger as banks formally repossess millions of additional foreclosures from mortgage holders, who the banks refuse to work with to modify mortgages. The homes would sell to the funds which put up a minimum of $1 billion in cash as bulk sales to rid the government of its burden.