Troubled former Two and a Half Men TV star Charlie Sheen finally sold his Beverly Hills home to another actor. Sheen, who made headlines 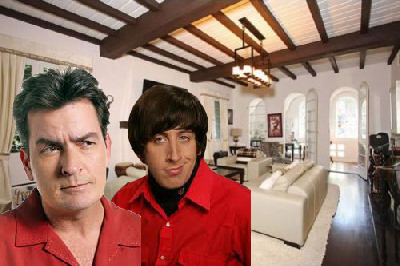 for his antics over the TV program with CBS management found himself out of work with the network after demanding a huge salary raise to do the Monday night sitcom.

He was replaced by Actor Ashton Kutcher, best known for his portrayal of Michael Kelso in the Fox sitcom That ’70s Show. Sheen sold his estate for $2.9 million to Big Bang Theory TV actor Simon Helberg, probably better known as Howard Wolowitz. The place had been listed for an over-priced $3.8 million, but after Sheen couldn’t attract a buyer he dropped the price in order to get the place sold. 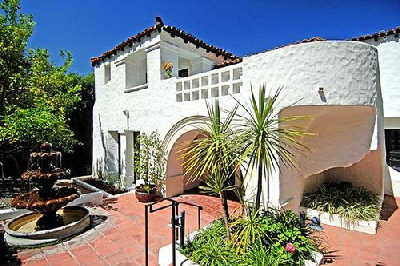 Sheen has admitted to using drugs in TV interviews, and his own father, Actor Martin Sheen says his son is an addict. The TV actor has had bouts with drug addiction for years, and has been in and out of drug abuse centers – not to mention his numerous arrests by police.

His former Mediterranean estate features 4,100 square feet of living space, 4 bedrooms and lots of additional space to roam. Sheen had signed a contract on a new home he wanted to purchase in the same swank Beverly Hills neighborhood. No word on when he might be moving into his new digs.