It’s not like a nice cold double dip ice cream cone on a hot summer day, but it does give many homeowners a chill.

The so-called double dip in housing activity is confirmed as markets stall across the nation on fears of growing economic anxiety. The surge in home sales produced by federal government tax incentives worked to stimulate sales, especially for first time home buyers, but did not produce a long term rebound in sales. 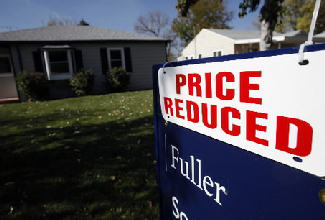 Home prices in the over-whelming majority of markets continue to decline as more lower priced foreclosures and short sales, in which bankers cooperate with mortgage holders to sell for under what is owed on a property rise.

Housing Predictor analysts contend the sole reason markets are experiencing a double dip instead of an outright long downturn are the government programs implemented by the Obama administration that artificially energized markets. The $8,000 federal tax credit for first time home buyers was broadened to include all home buyers in the later half of the program, providing as much as $6,500 to move-up buyers in tax credits.

A similar tax credit in California provided to home buyers is still, however, acting to produce more home sales in the nation’s most populated state even though California has a larger pent up inventory of foreclosures and REO properties than any other state in the nation.

Other federal programs have also helped to produce more home sales, including the Federal Reserve’s purchase of more than $1.4-billion in mortgage-backed securities. The purchases have acted to keep mortgage rates low, which are set by bankers and mortgage companies. Rates are at their lowest levels since Fannie Mae has been tracking them.

Since the start of the second quarter in April, slightly more than two-thirds of all mortgage applications tracked by the Mortgage Bankers Association have been for refinances, providing further evidence that any rebound in home sales is slow at best.

In the most recent weekly survey, refinancing rose 9.2% as a result of lower rates and the necessity many home mortgage holders have to refinance properties in order to hold onto their homes in the troubled economy.