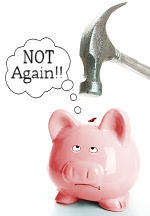 If youre a homeowner and want to save your credit and eliminate foreclosure proceedings, selling your home through a short sale just might be the ticket. So turn on your computer printer because youll want to print this column for future reference. See how the BUZZZ is taking care of you!

There is a relatively sneaky way used by some clever and sophisticated real estate investors to make money. For the sake of argument, I will assume you are currently not involved in any foreclosure or desperate proceedings, and have a few dollars hidden away in your piggy-bank, since youll need some ready cash for this venture. Remember these key words: short selling a mortgage means getting the bank to accept LESS than what is owed as payment in full.

First, you must have the frantic homeowner under control. Typically, by the time a lender is going to foreclose, the owner is pretty much on the ropes, so you can stick a fork in him – hes done. In many cases there will be a second mortgage on the home, which is the best news of all because youre going to select the home(s) with second mortgages BEFORE they get into foreclosure, then turn your discounted 2nd trust deed for a quick profit on the upcoming sale. Why, you ask would any bank or lender sell a second mortgage for so little money? Two reasons, actually.

#1  Banks must try to avoid foreclosures at all costs. When banks foreclose it becomes a non-conforming loan. Hence, every non-conforming loan on their books reduces the amount the bank can lend to the public, and thats bad news for them.

#2  When a foreclosure finally hits the courthouse auction steps, the property is sold for what is owed. The bank will get some money back but most of all, they unload a non-performing asset. Thats good news for them.

Finding a prospect who is going belly-up, cant sell and is four maybe even five months or more late on their mortgage is the best setup. This is where YOU come to the rescue. You meet with the homeowner and have him/her sign an, “Authorization to Release” form, which gives you the right to speak directly with the lender about the mortgage. Next, call the lender and ask for the Loss Mitigation Department. This is the department that handles properties heading toward foreclosure.

You tell the person handling the account you want to help the troubled borrower and would like to make an offer to purchase the existing second mortgage. Unless it says “stupid is as stupid does” on the banks door, theyll most likely say, “make us an offer we cant refuse.” (Oh thank you, Godfather.)

The bank reviews that offer or comes back with a counter, and if you can make it work together  great. Remember, banks are NOT in the business of owning homes, and in 95% of all cases theyve never even seen any of the properties. Hence, they would rather sell short and make a buck or two quickly than suffer the cost of foreclosure.

Once you make your deal at 5, 10 or 15 cents on the dollar, youre in good shape. Then when the home is sold on a short sale to a new buyer, youll pocket the 2nd TD (trust deed) profit because you bought it cheaply from the lender. Example: If the 2nd TD wassay..$25,000 and you bought it for 10 cents on the dollar ($2,500) you stand to inherit a quick profit of $22,500 when the home is sold by a Realtor. Short sale properties usually move quickly.

There are a ton of properties on the market so its imperative you make sure the home is in a decent part of town, so it sells fast. You dont want to be waiting around for a year to collect because you forgot to check that the property was 50 yards from a major freeway; there were two ugly jacked-up clunkers in the driveway across the street, or a sewage treatment plant was a half-mile down the road, and the wind blows toward the house morning, noon and night.

Get More Inside Buzzzz
To read Tony’s other columns click here.