One of the nation’s giant mortgage lenders, Freddie Mac provided only 4,308 mortgage modifications during the month of March in the U.S., 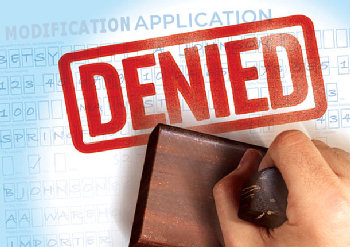 and 13,677 for the first three months of the year, according to public figures provided by the lender.

The weak volume of mortgage modifications would get the government backed lender a failing grade from real estate analysts, providing modifications to few homeowners in need of lower monthly home payments. The lack of modifications practically guarantees that the U.S. foreclosure crisis will persist for years. The low number of modifications also pressures home values in the majority of the country every time a mortgage holder gives up paying their home loan.

The number of homeowners delinquent on mortgages remains abnormally high. Congress is expected to consider a proposal to modify a larger number of homes at risk of foreclosure, but the program is bogged down by government red-tape and a lack of urgency on behalf of government leaders.

Mortgage holders more than 30 days past due hit 7.09% in March, according to Lender Processing Services, which tabulates delinquent home loans on 40 million U.S. mortgages it analyzes.

The foreclosure pre-sale inventory also rose to 4.14% during the month, up one-tenth of a percent over February as lenders pick up the volume of short sales and formal foreclosures following the federal government’s $25 billion settlement with 49 states over the robo-signing scandal.

There are now 3.5 million residential properties 30-days late, and 1.6 million more than 90 days delinquent on their mortgages, which are the likeliest to default.

However, some areas of the country, including hard hit California are reporting better news in terms of formal foreclosures. The number of homes in the foreclosure pipeline dropped to its lowest level in almost five years, according to San Diego real estate information data firm DataQuick.

Some 56,258 notices of default, the first step in the foreclosure process in California were recorded in county recorder offices during the first three months of the year, down 17.6% from a year ago. The company attributes the drop to an improving California economy and increasing efforts on behalf of lenders to cooperate with homeowners at risk of foreclosure in short sales.

“Prices peaked five years ago and then started to fall off a cliff. Foreclosure activity goes up when property values decline, and the worst of that decline was happening three years ago,” said company president John Walsh. “Right now property values in many areas appear flat.”