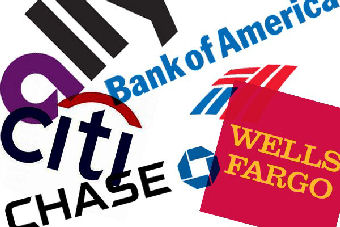 Forty-nine states reached an agreement with the nation’s five largest banks in February over the forged signings of millions of foreclosure documents involved in the robo signing scandal. The lenders agreed to the settlement without admitting any wrongdoing.

The monitor of the settlement, Joseph A. Smith, Jr. hired the firms to oversee compliance of the banks. BKD LLP, Banker Tilly Virchow Krause, Crowe Howarth, Grant Thornton and McGladrey were selected to oversee the implementation of the settlement for the three and a half years it is expected to take to dole out the proceeds to homeowners damaged by the banks practices.

An estimated 4.5 million foreclosures are being examined by government regulators to determine the depth of damage done to former homeowners who have been illegally foreclosed by the bankers.

“Each secondary professional firm has a high level of expertise that will bring the detailed, independent attention we need to monitor this settlement,” Smith said. “Over the past month I have worked closely with BDO to select the secondary professional firms, and these firms, working under BDO’s leadership, will help to ensure that the banks are reviewed thoroughly and effectively.”

Lenders agreed to create new mortgage servicing standards, provide additional mortgage modifications to borrowers and provide funding to state and federal governments under the agreement. The five banks, Bank of America, JP Morgan Chase, Wells Fargo, Citigroup and Ally Financial will target at least $17-billion at principal reductions and loan modifications for homeowners at risk of losing their homes to foreclosure.

The program is intended to help borrowers of the five biggest banks, but does nothing to assist millions of other homeowners in trouble with their mortgages as a result of their actions and other banks. Lender Processing Services June data shows that 7.14% of U.S. mortgages are in default.

Despite the settlement directing the funds to homeowners and former mortgage holders to help them, almost $1-billion from the $25 billion is already being redirected by state governments to be used to pay off late bills and other costs to keep struggling state governments running.

Hard hit Illinois saw its rate hit one in 385 housing units. Ohio foreclosure starts reached one in 528, while South Carolina homeowners suffered through one in 536 mortgage holders receiving a notice. Indiana saw one in 665.