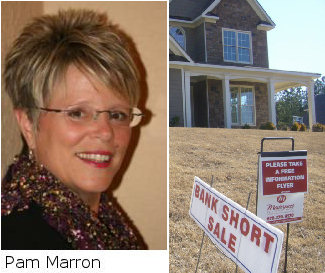 assisted short sales has started a petition drive to halt the massive movement.

Pam Marron, a loan officer in Tampa, Florida for 27 years has posted the petition online at WE the PEOPLE at whitehouse.gov to highlight the banking institutions advice. “This is the primary reason that short sellers en masse are becoming wrongly labeled as strategic defaulters,” said Marron. “This isn’t about politics. It’s about helping underwater homeowners.”

Mortgage holders who often stop making loan payments qualify to sell their homes at less than what is owed on their mortgage, recognized as short sales. The loan agent says the petition needs 25,000 signatures by April 12th to receive national recognition.

“Folks that are coming to me have managed to keep good credit before and after the short sale. They are most often at the end of their rope, wiping out 401K’s and savings,” said Marron. “They are broke, embarrassed and just want to get their home sold and start over.”

As short sales increase and are forecast to top 500,000 homes by the end of 2013, the lender says the worst thing homeowners can do is to stop making mortgage payments if they can still afford monthly payments.

“In addition to the cost of repairing erroneous credit that is often reflected after a short sale, this one practice of late payments on a mortgage before a short sale exempts these homeowners from getting an FHA mortgage for three years after the short sale,” said Marron.

The former homeowners are unable to qualify for FHA loans for at least three years under current lending criteria, but that like many other issues surrounding the foreclosure crisis is likely to soon change. Banks, the U.S. Treasury Department, the Federal Housing Finance Agency which controls the government’s giant lenders, and the White House are aware of the problem. But little else is being done to remedy the situation.