Despite home prices continuing to decline in much of the U.S., hard money lenders are funding home mortgages at the highest rate on record as nervous 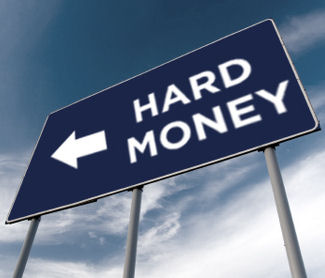 homeowners attempt to hold on to their homes. Banks and conventional mortgage lenders are rejecting refinances and new home purchases at alarming rates.

Source Capital Funding, Inc., a San Diego-based hard money lender made $11.5-million in mortgages in 2010 and expects to do more loans this year. “Due to a combination of tight lending from traditional sources and the steady demand from prospective borrowers seeking hard money loans, we expect to see similar if not more, volume over the course of the year,” said Sacha Ferrandi of Source Capital.

Banks and conventional mortgage lenders have taken the place of hard money lenders as the institutions that offer “Loan to Own” mortgages as many lenders’ refuse to negotiate with millions of homeowners they made unsavory mortgages to who are being foreclosed.

Hard money lenders can provide loans for property owners, who don’t qualify for traditional mortgages, a growing segment of the U.S. society. Qualifications are more relaxed as lenders look at the value of the property as the key ingredient in their value assessment. The credit worthiness of the borrower is secondary, and may not be considered at all by some lenders. 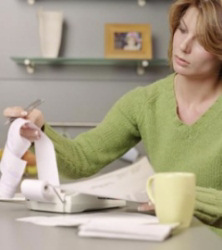 “We’re seeing a number of borrowers that have filed for bankruptcy,” said Ferrandi. “Because these individuals stopped paying on their mortgages, they actually saved their money and are now utilizing this money as a down payment on a smaller-sized, more realistically-priced home.” Source Capital and its investors fund low-risk, first trust mortgage deeds.

“As commercial mortgage brokers know, gone are the golden days of easy underwriting and fast credit,” said Glen Weinberg, chief operating officer of Fairview Commercial Lending in Atlanta, Georgia. “Many hard-money lenders are no longer in business, and most of those that remain have substantially changed their underwriting criteria. Deals that used to close are no longer fundable.”

As the landscape of the mortgage lending industry changed, brokers who stayed in the business made accommodations to the marketplace understanding the turmoil associated with the industry. Hard money financing lends on the quick sale value of real estate unlike conventional banks, which look at the credit profile of borrowers and secondarily the real estate involved.

Economic turmoil and declining home values in the majority of the nation, however, has left many homeowners at a loss to find lenders, including hard money lenders to refinance their homes at any price.