Homeowners struggling with unemployment and underemployment as a result of the economic crisis are being thrown a life line by two new foreclosure prevention programs. The White House announced the deployment of the programs as part of its Hardest Hit Fund rescue relief plan to stem the record rate of foreclosures.

The Federal Housing Finance Agency will make $2-billion in extra assistance to state finance agencies for mortgage holders having trouble making their mortgages due to unemployment.

The Housing and Urban Development Department (HUD) will launch a complementary program to provide $1-billion in emergency relief for homeowners at risk of foreclosure because of unemployment, underemployment or suffering from severe medical conditions. The program will help pay mortgages for as long as two years. 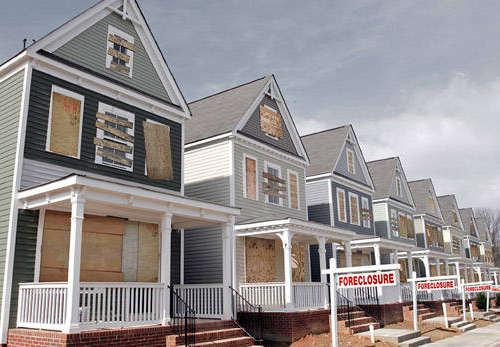 The relief programs are being expanded from 10 states to include a total of 17 states and the District of Columbia hard hit by the housing crisis. “We remain committed to helping struggling homeowners, and this program will provide additional assistance to states hit hardest by unemployment,” said Assistant Secretary for Financial Stability Herb Allison.

“This is part of the Administration’s comprehensive housing policy that has helped to stabilize a fragile housing market and allows responsible homeowners the chance to reduce their monthly mortgage payments to affordable levels.”

State by State Dollar Breakdown Below

The programs represent a combined $3-billion in tax payer proceeds to help the areas hit hardest by the foreclosure crisis. The Hardest Hit Fund was initially aimed at helping the states most affected by the crisis including California, Florida, Nevada and Michigan. But five other states were later added to the list as the impact of high unemployment and foreclosures financially devastated more areas of the country.

States eligible to receive support have all experienced an unemployment rate at or above the national average over the last year. Each will use the proceeds for unemployment programs providing temporary assistance to homeowners eligible for the plans.

The following states eligible to receive funds through the programs are listed below with the amount targeted for each: