Weighing its political options, the Obama administration is carefully considering recommendations of Housing Finance Agencies in four states to reduce mortgage principal of homeowners at risk of foreclosure. The proposals made to the White House could act as a magic bullet to aid in the recovery of the nation’s housing markets, giving free money to troubled homeowners.

The four state agencies in Florida, Arizona, Michigan and California are part of the Hardest Hit Fund, which is targeted to receive $1.4-billion in federal aid to help homeowners at risk of losing their homes. Under the proposals, the agencies would be allowed to pay off up to $50,000 of a mortgage holder’s loan.

Giving people free money is one of the avenues being explored by the White House under the program in efforts to slow the epidemic of foreclosures, which reached a new all-time high last month. More than 7-million homes have been foreclosed since the crisis began, according to government officials with more than 92,000 being repossessed by banks last month alone.

The plan would help under water mortgage holders and unemployed as pressures increase against banks and mortgage companies to be more helpful to troubled homeowners. Nearly 1 in 4 homeowners are under water on their mortgages and loan holders who see little hope of recouping the value of their homes are more likely to default. 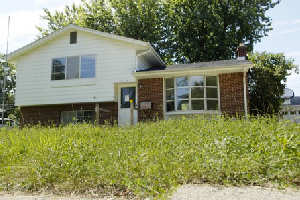 However, the infusion of tax-payer money to cover losses at the nation’s two giant mortgage lenders, Fannie Mae and Freddie Mac, which combined provide more than 85% of the country’s mortgages may be too steep a bill for the government to handle. The two companies have already received $127-billion in White House bail-outs and are asking for another $19-billion, most of which will be used to cover losses on foreclosures. The Treasury Department took over direction of the two, placing them into conservatorship in 2008.

“The Hardest Hit Fund will work with HFAs in the hardest hit areas so that those states and localities can develop locally tailored initiatives addressing the most pressing problems in their communities,” said Assistant Treasury Secretary Michael Barr. The types of programs Treasury said were possible under the program when it first rolled out the hardest hit program included paying down second mortgages.

Fannie Mae and Freddie Mac are under attack by lawmakers as they debate financial reform legislation. Loose lending guidelines and little government regulation contributed to the financial crisis. Housing analysts say that principal mortgage reduction lays the ground work for fewer foreclosures as mortgage holders are able to more easily afford making home payments, which may help keep the U.S. economy out of a full-blown economic depression.

A private New Jersey Company started by a former Wall Street banker, Loan Value Group is also urging the Treasury to incorporate its reward program, which is offered by home lenders to owners at risk of default. Under the program mortgage holders are paid a cash reward after making timely payments on their mortgage and eventually selling or refinancing their homes.

The program helps both owner occupants and investors, who are suffering foreclosures at three times the rate of other mortgage holders.