The vacation home market, still tumbling in a downturn in most of the U.S. is making an isolated comeback in Lake Tahoe, 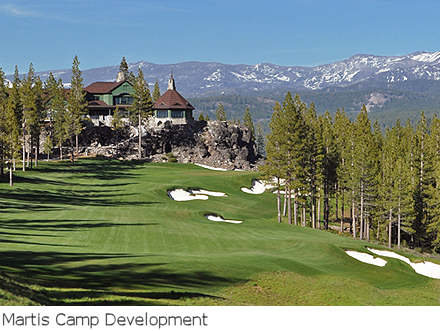 especially in the $4-million plus high-end range, where the titans of high-tech land are driving the mini-boom.

As the disparity between haves and have-nots grows across America, gated real estate developments like Martis Camp, a 2,100 acre custom high-end magnet between Truckee and Northstar booms. High tech workers from Google, Facebook, VMware and Apple are flocking to the Sierras to buy up the parcels.

With a mix of larger custom home estates and smaller cabins, Martis Camp has 653 home sites. The development offers direct snow ski access in winter months to Northstar-at-Tahoe resort, serviced by its own high speed quad chairlift. During the summer, residents of the resort, which has been in the process of being developed for a number of years can play a full 18 hole round of golf on the custom designed Tom Fazio course lined with majestic pines.

More than 20 building lots have been purchased by employees from high-tech firms located in California’s affluent Silicon Valley, where everything is more expensive than most of the country as a result of economic wealth. “My design staff and I look forward to watching this prestigious golf community continue to grow and thrive,” said Donna Vallone, whose company is designing many of Martis Camp’s homes and cabins. 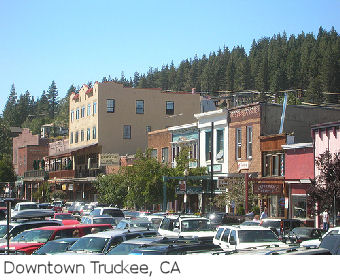 But the development is also drawing new homeowners from across the U.S. and internationally, including purchasers from Germany, France and Switzerland, many of whom are attracted to the region for its world class skiing.

Truckee is the gateway to the Sierra Nevada Mountain range, and it has undergone a population explosion in the last 10 years, accounting for more than 40% of the county’s population. The region’s history is rooted in America’s western expansion started by gold miners in the 1840s, who were responsible for the areas first boom and construction of the transcontinental railroad.

A new breed of millionaires are flocking to Lake Tahoe from Silicon Valley to buy up parcels in new developments, with 25 companies slated to launch initial public stock offerings, according to Ernst and Young. The mini-boom could present a more solid economic base for the region as more vacation home buyers pay cash for the construction of homes and cabins on second homes than in the last boom, which weighed heavily on financing for its growth.

Local real estate agents and builders are hopeful that the region experiences a more balanced economy, which has struggled for decades, despite its affluent resort economy, which attracts those who can afford the better things in life. But the region will have to sell-off its pent-up inventory of foreclosures and homes and the shadow inventory before it is able to fully recover, which is projected to take a number of years.