Can mortgage rates get any lower? That’s the real question homeowners looking at refinancing and home buyers are asking today after rates hit a new low average of 4.49% on a 30-year fixed rate mortgage, according to Fannie Mae.

The rate was a slim five-one-hundredths of a percent lower than last week, setting a new record low as mortgage lenders keep rates at historically low figures hoping to entice home buyers back into the market. Lower rates and lower home prices seem to be having some affect at least at pulling buyers back into the market with applications for home mortgages increasing for the third consecutive week, according to the Mortgage Bankers Association. 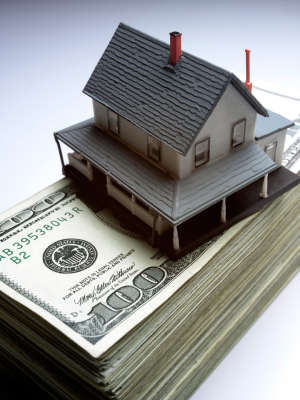 The average rate on a 15-year fixed rate mortgage also slipped to a new low at 3.95%, down an identical .05 for the week. A five year Treasury indexed adjustable rate mortgage averaged 3.63% this week, down a similar .05%.

The slim rise in residential home investments does not yet signify a turn in the market, but shows that at least some improvement is underway in markets after the expiration of the federal tax credit for home buyers.

Annual government Gross Domestic Production figures, however, cut the GDP growth rate in half over the last three years ending in the first quarter. The drop reduces inflationary pressures on mortgage lenders, allowing long term rates room to remain low. But consumer buying sentiment seems to be anything but optimistic as households hold back on making major purchases like washers, dryers and other consumer goods.