New home sales saw a dip for the fourth month in a row in March as many home buyers remained on the sidelines, according to the 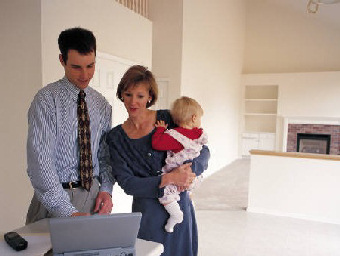 However, government figures for February show home sales were revised to a higher 353,000 units on an annualized basis, the highest since November of 2009. The consensus among economists forecast of sales was 320,000 units for March.

The median price of a home declined an additional 1% to $234,500, the Commerce Department said. However, figures reported on home prices by the government are notorious for being flawed.

Existing home sales reported by the National Association of Realtors fell for the second straight month in March, leading to a further slowdown in the housing sector, despite record low mortgage rates for home buyers.

The inventory of new homes listed for sale on the market also declined to a record low during the month of 144,000 units, the Commerce Department said. Many new home builders have held off constructing new homes as a result of the sluggish economy and tougher underwriting criteria required by mortgage lenders.