Even as mortgage rates drop home sales slow, according to data from top real estate industry research. The sale of homes tracked through the Mortgage Bankers Association weekly report showed a 27.1% drop in mortgage purchase applications over the past four weeks. 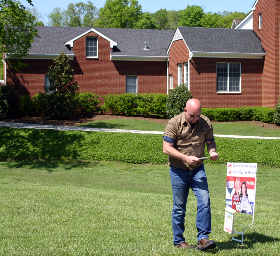 The decrease was just 4% from last week, but indicates a trend of slower home sales since the federal government’s tax credit expiration. However, housing sales should experience a relatively healthy pace prodded by near record low mortgage rates during the spring and summer buying seasons and lower home prices.

More than a dozen government programs implemented by the Obama administration are still in force to strengthen housing markets even though tax incentives have expired. A reduction in mortgage qualification standards for homeowners who have been foreclosed are included in the programs. The limit for ex-homeowners to qualify to obtain a new mortgage through the FHA has been slashed two years from the previous four year requirement.

The 30-year fixed rate mortgage averaged 4.78% for the week, down six-one-hundredths of a percent from the previous week, according to Freddie Mac. The heavily watched 30-year mortgage is seen as a barometer of mortgage rates. A year ago the same loan stood at 4.91%. The 30-year rate has not been lower since December 2009 when it hit a bottom of 4.71%.

Refinancing mortgages remains attractive to homeowners as refinancing composed more than 72% of all loan applications for the week, according to Mortgage Bankers. Adjustable rate mortgages dropped to just 6% of the total volume as homeowners shied away from the lower rate loans.

However, Freddie Mac’s chief economist expects lower home mortgage rates to drive home sales higher in coming weeks. “These low rates will help to elevate home buyer affordability and soften the effects of the sunset of the home buyer tax credit,” said Frank Nothaft, Freddie Mac vice president and chief economist. “The credit substantially propelled home sales, as reflected in the strength of the April existing and new home sales, which were up 7.6 percent and 14.8 percent, respectively.

“The latest information from Freddie Mac’s repeat-transactions home-price indexes also show some encouraging signs with national metrics either slowing their descent or showing a modest rise, suggesting that the sharp downturn in national indexes since 2006 may be nearing an end.”