Despite a decline in existing home sales in May, the actual number of residential sales increased for 11 straight months compared to a year earlier. The dynamic adds 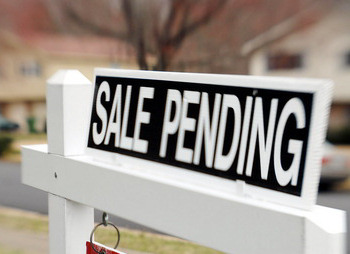 fuel to the U.S. housing market recovery as consumers hoping to make home purchases during the summer take advantage of near record low mortgage rates.

Closed sales tabulated by the National Association of Realtors, including single family homes, townhomes, condominiums and co-ops declined 1.5% in May to a seasonally adjusted annual rate of 4.55 million, but are 9.6% above the 4.15 million-unit pace at the end of May 2011.

Distressed homes sell at deep discounts, but accounted for only 25% of sales made by Realtor members during the month, a steep decline from nearly half of all sales more than a year ago.

Foreclosures sold for an average discount of 19% below market value in May, while short sales were cut 14% on average, according to NAR figures. The numbers show a steady decline in foreclosure sales over the past year and are down 31% from a year ago.

Home prices in some areas of the country are also improving, with 70 cities now forecast by Housing Predictor to experience average housing price appreciation through the years end. The banker’s engineered pressure on some especially hard hit housing markets, including foreclosure capital Las Vegas, one of the worst hit in the nation, could act to cause additional price increases over coming months as lenders work to recapture some of their losses made as a result of bad mortgages.

The national median existing home price tabulated by NAR, which only represents the price at the half way point of all homes that were sold during any given month, rose 7.9% to $182,600 in May from a year ago. The last back to back increase in the median price was from March through May 2006 when the housing market was already deflating in many areas of the country from its bubble.