By Mike Colpitts
Sales of existing homes and national median prices jumped in July to reach a seasonally adjusted annual rate of 4.47 million housing units after declining in June, according to the 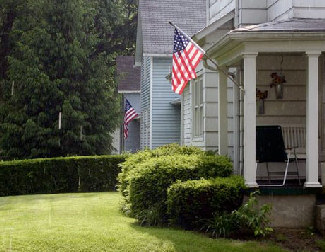 National Association of Realtors. Record low mortgage rates, which bottomed out in July and lower housing prices coupled with pent up demand drove the jump in summer buying activity.

Home sales grew 2.3% for the month, and are 10.4% above last years pace of sales. Unit volume was led by an increase in single family homes, the bread and butter of the U.S. housing market.

“Mortgage interest rates have been at record lows this year while rents have been rising at faster rates,” said NAR chief economist Lawrence Yun. “Combined, these factors are helping to unleash a pent-up demand.”

The national median home price, which represents the halfway point of homes that are sold, was $187,300 in July, up 9.4% from a year ago. The median price has now risen five straight months, according to NAR, the strongest since January 2006.

Pent up demand for homes and other property has been increasing for six years when the U.S. housing market hit its peak and the bubble began to deflate. Home values, however, aren’t increasing in all regions of the country. Especially hard hit cities in the housing downturn are seeing better price movement with demand, and higher appreciation than many others.

Foreclosures and short sales accounted for almost a quarter of sales, 24% in July, down from an average of 29% a year ago. Some areas, including hard hit California, Michigan and Florida are seeing more foreclosure sales. However, banks have also increased the number of short sales they are approving for homeowners hoping to unload their homes.

The inventory of homes listed at the end of July increased 1.3% to 2.4 million homes, which represents a 6.4-month supply at the current sales pace. The figure would usually represent a healthy balance for the market, but is deceiving when it comes to all price levels. Fewer lower priced homes available for sale distorts the markets balance since more consumers qualify to buy cheaper homes than expensive properties.

Banks and the nation’s giant mortgage lenders, Fannie Mae and Freddie Mac are holding many foreclosed homes off the market as the Federal Housing Finance Agency prepares its plan to sell-off millions of homes to investors at discount prices. The wholesale bulk sales are great for investors, but are expected to come at an alarmingly high cost to tax payers, who will make up the difference.