By Mike Colpitts
Foreclosure activity declined 25% in the nation’s most populated state, California from one year ago in July, but the Golden State holds 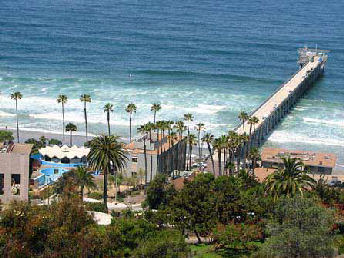 the distinction of having more foreclosures than any other. In fact the two highest foreclosure states, which are California and Arizona, are down in foreclosure filings.

Nevada, which had been at the top of the list more than five years until earlier this year when the state imposed a new anti robo-signing law to protect homeowners from unlawful foreclosures, has also seen declining foreclosures.

It’s good news for all three states, reeling from the collapse of the housing market and making strides towards a recovery. California saw 11% fewer foreclosures in July than June. One in every 325 residential properties in the state was slapped with a foreclosure notice during the month, according to RealtyTrac.

One in every 346 homes in Arizona were issued a notice during the month, demonstrating that the long awaited return to more foreclosures in Phoenix and the rest of Arizona will take place later in the year. The state posted the second highest number of foreclosures in the country behind California for the month.

Some of the homes in default will be sold as bank assisted short sales, but an increasing number will be foreclosed and sold as bank REOs at discount prices so lenders can get them off their books.

However, Florida and the majority of states that had foreclosures halted by the nation’s five largest banks during the robo-signing sandal, are now seeing foreclosure activity increase. Four other judicial states with rates in the top 10 all posted year over year increases during the month.

Hard hit Illinois saw its rate hit one in 385 housing units. Ohio foreclosure starts reached one in 528, while South Carolina homeowners suffered through one in 536 mortgage holders receiving a notice. Indiana saw one in 665.