Mortgage rates jumped for the first time in weeks as tensions over the Eurozone debt crisis and worries over the U.S. economy declined. The 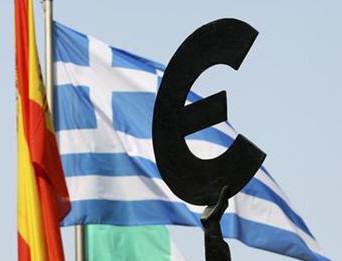 The jump in mortgage rates was the first time since June 14 that rates moved higher, according to the Freddie Mac weekly survey, which accounts for about three-quarters of all U.S. mortgages applied for during any week.

“Announcements of additional debt relief for the Eurozone and mixed domestic economic indicators added upward pressure on Treasury yields as well as mortgage rates this week,” said Freddie Mac chief economist Frank Nothaft. “The U.S. economy grew at a 1.5% annualized rate in the second quarter, slower than the 2.0% growth in the first quarter.”

The slowdown in growth indicates that growing economic issues trouble the nation’s economy, and are likely to slowdown a recovery in housing. However, reports on the economy continue to remain mixed. Consumer confidence rose in July for the first time in five months, according to the Conference Board.

Yields paid to investors on Treasuries also increased marginally during the week after staying below 1.50% most of the previous week. A hike in Treasury rates usually means mortgage interest rates will move higher. Additional increases would likely lead most lenders to raise the rates they charge for mortgages and other loans, including loans made to businesses that depend on lines of credit and other loans to make pay-rolls and pay other bills.